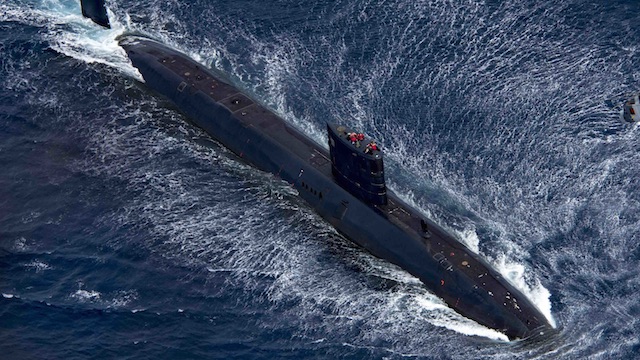 Scientists at Duke University have devised a new way to hide objects as they move through the water. Their water cloaking device uses electromagnetic technology to hide the wake left by objects as they travel. This could not only reduce the wake, it could reduce drag and help sea-bound devices avoid detection.

The concept first appeared back in 2011. Researchers at Duke University were looking for a way to hide objects — particularly large ones like submarines — as they moved through the water. They theorized that matching the acceleration of the water surrounding an object’s movement would allow it to dramatically increase its propulsion efficiency. At the same time, this would leave the surrounding water undisturbed by its movements. This theory was all well and good, but it took several years for it to get closer to reality.

Fast forward to 2017. Researchers are once again looking at the theory, but this time with an elegant twist: using electromagnetic fields and the dense concentration of charged particles usually found in saltwater. Water is ultimately a fairly viscous fluid. As it moves, it tends to pull its surroundings along with it. Drag is also impacted by how water moves around a particular object. Hydrodynamic objects experience far less drag than those not made to move through the water.

All of this was taken into consideration when updating this theory. The solution seemed clear to scientists: they needed to move the water out of the way. Accelerating the water around the object to match its speed allows turbulent flows and shear forces to be completely avoided.

“There are many ways to reduce wake and drag, like surrounding an object with low-friction bubbles, which is actually done with some naval torpedoes. But there’s only so much you can do if you’re just applying forces at the surface. This cloaking idea opens a new dimension to create forces around an underwater vessel or object, which is absolutely required to achieve full wake cancellation.”

This solution requires the extensive use of electromagnetic fields. These fields create a force on the particles found in the water, pushing them aside. When all works perfectly, the water looks virtually undisturbed as even large objects pass by.

While everything works perfectly in theory, the practice will take a bit longer to perfect. Scientists and engineers are working on an effective and efficient way to create water cloaking shields that will allow even large naval devices to pass through the water entirely undetected.