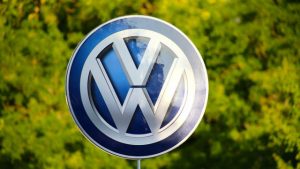 Volkswagen (VW) will soon face the consequences for using illegal software to cheat U.S. emissions tests. The German automaker is expected to reach a settlement agreement on June 28 with the Environmental Protection Agency, California Air Resources Board, the Justice Department, and attorneys representing affected consumers. Bloomberg reports that a $10 billion total is under negotiation.

VW has admitted that it has been deceiving emissions tests since 2009. As a result, 482,000 diesel cars are emitting 40 times the permitted amount of nitrogen oxides into the atmosphere. Regulators are assessing how much pollution was caused by these gases and how much more smog is expected to be caused by consumers who don’t either repair or return their recalled VW vehicles.

The settlement is expected to include a penalties for breaking clean-air laws, a plan for buying back the affected vehicles, and money to compensate consumers and settle class-action suits. VW will compensate owners of diesel cars anywhere from $1,000 to $7,000 each. Additionally, the company has to fund a program to offset air pollution. Details of the program have not been released, but it will likely include projects to retrofit or replace some of the 1.1 million pieces of older diesel equipment that remain on roads and construction sites today. On top of the forthcoming settlement, VW also faces a Federal Trade Commission action for false advertising.