Volunteers Light Up The Himalayas 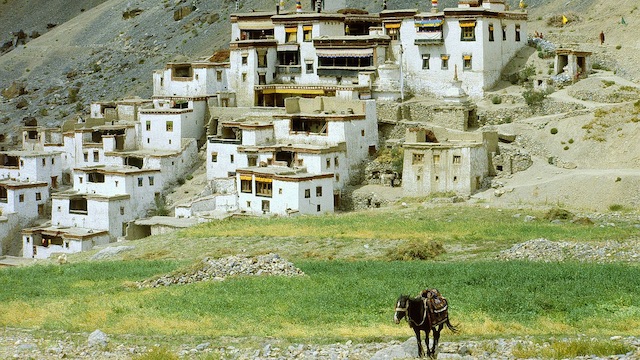 For monks living in the Buddhist monasteries of Tibet, darkness has long been a way of life. When the sun sets, the monks would fight off the darkness armed with nothing more powerful than candles and kerosene lamps. It was simply the way things were; until a group of volunteers banded together to light up the Himalayan mountains.

Engineers and volunteers have installed a system of 14 solar-powered microgrids in the Himalayas. Besides the monastery, a local elementary school is getting the benefit of this natural and clean energy source. And in some ways, the Himalayas are the ideal location for solar power: they can receive up to 1,250 watts per square meter, while land at sea level usually only reaches about 1,000. Engineers were able to capitalize on this locational advantage when designing and implementing the microgrid.

Because of the remote location of the monastery and village that surrounds it, reliability is a key factor. Engineers made sure that maintenance will be easy, and that the power will not suddenly cut out on the townspeople. With proper care and watchful eye, this simple microgrid could keep the area powered for 10 years. And that includes a small computer cafe so that visitors can check up on the outside world.

The excursion and project was designed by the Global Himalayan Expedition, which is excited to introduce solar power to other remote locations. They believe that the versatility and reliability of this energy will be a boon to people living beyond the range of standard power grids. And if a mere 14 microgrids can power a monastery and elementary school, imagine what a system with more force behind it could lead it.

In the meantime, villagers and monks alike are looking forward to the possibilities their simple solar powered system has to offer. They’ll be able to watch televisions, power computers, and light up even the darkest Himalayan nights.