Viking Ranges Recalled Because They can Turn on by Themselves 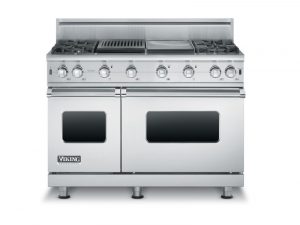 Viking Range has recalled about 60,300 gas ranges because they pose a burn hazard. According to the company, the ovens can turn on by themselves.

There have been a total of 75 reports of gas ranges turning on by themselves, including three reports of burns and four reports of property damage claims, with one claim resulting in a payment of $850. The recalled freestanding gas ranges were sold in stainless steel, black, white and 21 different colors and finishes. They come in several surface configurations:  All burners or burners with griddle and/or grill.

The ranges were sold in the U.S. and Canada at ABT, Ferguson, Morrison, Pacific Sales, PC Richard & Son and other stores from July 2007 through June 2014 for between $4,000 and $13,000. Consumers should immediately contact Viking Range to schedule a free in-home repair. In the meantime, consumers can contact Viking Range for steps to avoid a burn injury.