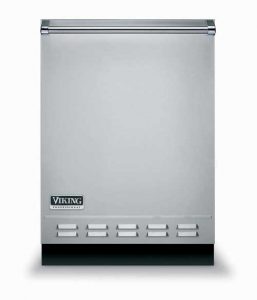 Viking Range is expanding a dishwasher recall because connectors inside the appliance can overheat and pose a fire hazard. The recalled dishwashers were sold at appliance and specialty retail stores nationwide from July 2008 through March 2012 for between $1,225 and $2,000.

Viking is recalling about 17,300 units in the U.S. and 1,300 in Canada, expanding on about 2,000 dishwashers that were previously recalled in April 2012. The company has since received 136 additional reports of overheating electrical components, including 21 reports of fires with property damage. No injuries have been reported. In the previous recall, no injuries were reported, but the company had received 21 reported incidents, including five incidents with property damage from fires. The recall includes Viking Professional, Designer and Custom Panel dishwashers manufactured before April 1, 2011.

The recalled dishwashers are 24 inches wide and were sold in black, white and 24 other custom colors, stainless steel and with custom wood panels. The name “Viking” appears on the control panel at the top of the door. See the CPSC notice for a list of recalled models. Consumers should immediately stop using the dishwashers and contact Viking for a free repair.