Using WiFi to Wirelessly Transmit Electricity to a Moving Object 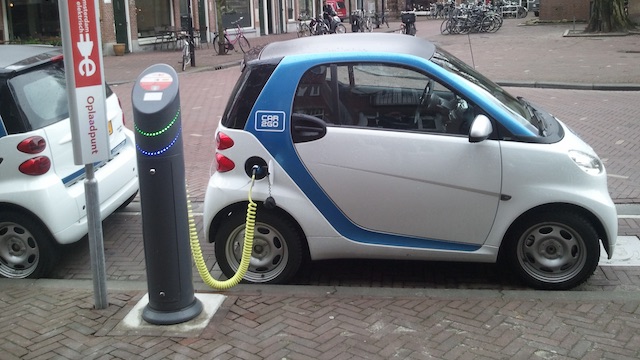 Scientists at Stanford University have invented a way to transmit electricity wirelessly to a nearby moving object. This innovation has huge implications for wireless technology; in particular, the technology used to charge electric vehicles. This work could one day make it possible for wireless cars to charge while roaring down the highway.

“In addition to advancing the wireless charging of vehicles and personal devices like cellphones, our new technology may untether robotics in manufacturing, which also are on the move. We still need to significantly increase the amount of electricity being transferred to charge electric cars, but we may not need to push the distance too much more.”

Shanhui Fan, a professor of electrical engineering and senior author of the study

The only drawback in this successful experiment is the amount of electricity transferred. The demonstration only used a single -milliwatt charge. The power required to charge an electric car is significantly more. But the scientists are confident that such innovations are close at hand.

This experiment is of particular importance to those who make and sell electric cars. For all their advantages, electric car have a few serious drawbacks; namely their limited driving range. Adding insult to injury, it can often take hours to recharge an electric vehicle battery. The Stanford scientists propose to change all that.

They believe that their technology could be used to charge electric cars as they drive down highways, cutting down charging time significantly and expanding their driving range.

“In theory, one could drive for an unlimited amount of time without having to stop to recharge. The hope is that you’ll be able to charge your electric car while you’re driving down the highway. A coil in the bottom of the vehicle could receive electricity from a series of coils connected to an electric current embedded in the road.”

These innovations are some ways down the road, but this technology is a major step in the right direction. Soon the days of endlessly charging electric vehicles could be nothing more than a distant memory, and the roads themselves will power our cars.