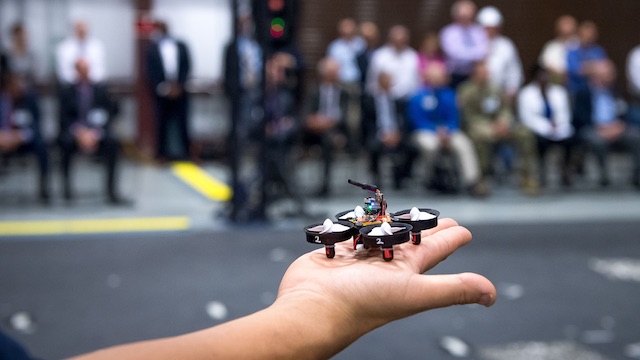 Scientists at the University of Georgia Tech have created a new type of ultra-low power hybrid chip that is capable of dramatically boosting the abilities of tiny robots. The new chips are inspired by how the brain functions, and could improve the learning skills of smaller robots, as well as provide them with the ability to collaborate with other robots. Scientists believe this could be a tremendous step forward in the world of robotics.

The chips are designed with a neural network IC, which allows for model-based programming as well as collaborative reinforcement learning. Scientists think this will prove particularly important when small robots are utilized in search-and rescue missions, as well as tasks where they have to observe and report back on their findings.

In order to reduce the energy used by these powerful chips, they’ve been designed with a hybrid digital-analog time-domain processor. This allows the pulse-width of specific signals to encode the information, which requires less energy than other models. The design also uses low-power motors and sensors. All that technology means that the new application-specific integrated circuit (ASIC) can allow intelligent swarm robots to operate for hours at a time, all while relying on mere milliwatts of power.

To prove the effectiveness of their new creation, scientists showed off robotic cars that were driven by the special circuits. During the demonstration, the robots showed off the ability to navigate successfully around a track while avoiding a host of different obstacles and obstructions. As the robots traveled, they learned about their surroundings and were able to adjust their paths accordingly.

Scientists are now working to make the engines even more energy-effective and streamlined, and are collaborating with the makers of micro-electromechanical engines. They are also working to improve the time it takes for the robots to learn and adapt, and hope to incorporate even more learning skills in future generations.