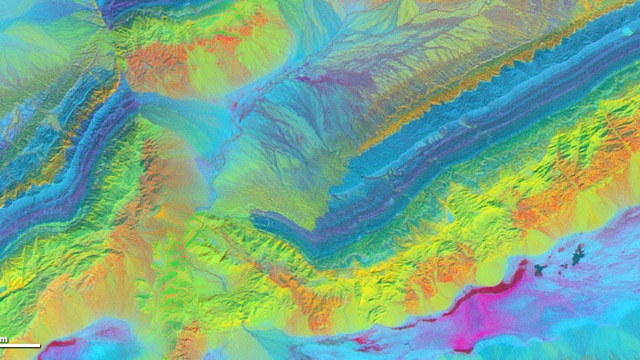 Scientists from the Harvard John A. Paulson School of Engineering and Applies Sciences (SEAS) have created a new method of squeezing infrared light into ultra-confined spaces. This technology could be used to generate intense nanoscale antennas capable of detecting harmful molecules.

Researchers used the power of polaritons through the course of their work. Polaritons are particles that walk the tightrope between light and matter. Using ultra-confined light, scientists can detect incredibly small amounts of matter close to the polaritons.

A large number of hazardous substances have a distinct infrared signature. The antenna generated by the infrared light can be used to magnify the signature. Additionally, the size and shape of the polaritons can be tuned as needed. This indicates that the technology could be particularly effective for creating smart infrared detectors and biosensors.

“This work opens up a new frontier in nanophotonics. By coupling light to atomic vibrations, we have concentrated light into nanodevices much smaller than its wavelength, giving us a new tool to detect and manipulate molecules.”

Polaritons are made up of a photon that is strongly coupled to vibrating atoms in a two-dimensional crystal. They are hybrid quantum mechanical particles that have a strong interaction between light and matter. To take advantage of these properties, scientists built nano-discs out of two-dimensional boron nitride crystals. The materials operated like micro-resonators, which trap infrared photons and generate polaritons. When the discs are exposed to infrared light, they are able to concentrate light in a volume that is thousands of times smaller than would be possible with traditional optical materials.

The scientists observed something unusual about the polaritons at high concentrations. Specifically, the polaritons would oscillate much like waves of water going up against the side of a tank. The frequency of the incident light directly impacted the oscillation of the polaritons.

Boron nitride crystals have significant advantages over traditional optical materials. They are not limited in size by the wavelength of light. This means there is no limit to how small the space can be. Additionally, these materials have very small amounts of optical loss; therefore, the light that is confined to the disc can oscillate for a long time before settling. This makes the light even more intense.

Scientists now plan to optimize the devices, making them even more effective. The research was previously published in Science Advances.