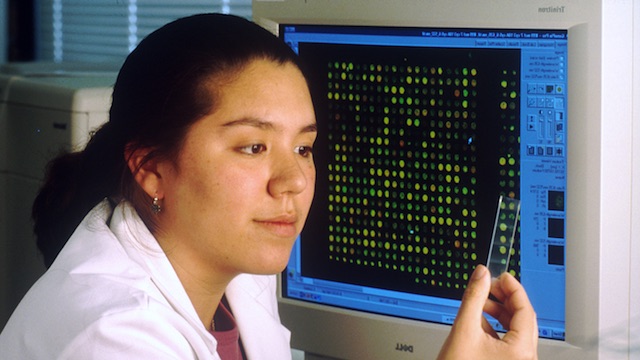 Researchers from the University of Gothenburg have devised a new method for using overtones to create faster data communication. Scientists believe that using these frequencies could lead to faster wireless data transmissions, as well as be used to improve the automotive radar in self-driving cars.

The new technology relies on spintronic oscillators. These are a nano component that creates spin waves, which can be used to generate microwave signals within the gigahertz range. Scientists often compare these spin wave overtones to those found in music, as they can be adjusted to work at a much higher frequency than their fundamental tone.. By strengthening these spin waves, researchers found that they could then improve the speed and quality of wireless data transmissions.

When they first began experimenting with the new oscillators, scientists were shocked to uncover and previously unseen phenomenon. As the drive current was increased, the signal jumped dramatically in frequency. The first jump showed a change from 9 GHz to 14Ghz; the second jump reached a shocking 20GHz.

“Our experiment shows that it is possible to create several different overtones in spintronic oscillators, which permits extremely large and fast frequency jumps to increase the data transmission rate of wireless communication.”

Johan Åkerman, a professor at the University of Gothenburg

Thanks to this discovery, scientists will now be able to generate waves specifically designed for use in magnonics and spintronics. These microwaves have very high frequencies and very short wavelengths — making them perfect for use in a variety of technologies.

The traditional wavelength of a fundamental tone comes in at about 500 nanometers. Meanwhile, the wavelength for the third overtone demonstrated measured as short as 74 nanometers. Scientists are confident that with further tinkering on even smaller oscillators, they should be able to reduce the wavelengths even further. Their next goal is to generate spin waves as small as 15 nanometers that have frequencies that go as high as 300 GHz.

Working alongside scientists and researchers from Portugal, the team hopes to successfully create these power, short wavelengths for a host of different emerging technologies. For now, scientists are working to streamline and improve their work so as to generate the exact right wavelengths they need for a variety of different projects.