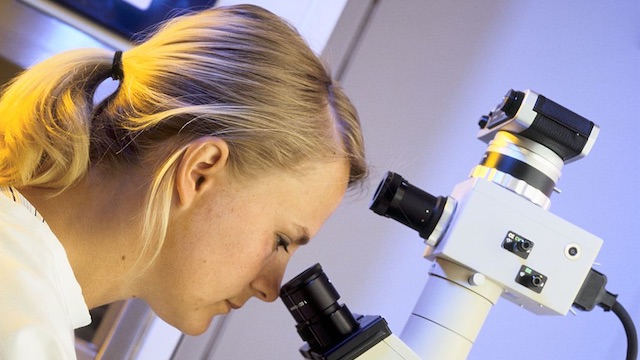 Scientists at Georgia Institute of Technology have created a new method for building advanced capacitors, using machine learning. Experts believe this new technology could be used to power advanced machinery of all sizes, ranging from powerful cell phones to the next wave of electric cars.

Capacitors have long been looked at as a way to charge a variety of electronic devices. Unfortunately, they have one major issue — although they have a high energy output and can recharge incredibly quickly, they simply store much less energy than batteries of the same size.

In order to tackle this problem, researchers have turned to machine learning in order to design more effective capacitors. Scientists taught a computer to analyze two materials at the atomic level, both of which are frequently used in capacitors. By studying aluminum and polyethylene, scientists were able to analyze the atomic structure of the materials. This will allow them to detect any features in the materials that could positively or negatively impact the performance of a capacitor.

Scientists then analyze the electronic structure of the material, using quantum mechanics. To do this they first have to solve the Kohn-Sham equation of density functional theory. This helps the researchers to generate data on both the energy levels and wave functions of the material. Using that data, scientists can then compute the total potential energy of the system. The end result? A more powerful and effective capacitor, unhampered by the design flaws and defects of earlier generations.

“This unprecedented speedup in computational capability will allow us to design electronic materials that are superior to what is currently out there. Basically we can say, ‘Here are defects with this material that will really diminish the efficiency of its electronic structure.’ And once we can address such aspects efficiently, we can better design electronic devices.”

Rampi Ramprasad, a professor in the School of Materials Science and Engineering

This new method is dramatically faster than older variations, and could significantly speed up the entire process of creating capacitors. Armed with knowledge of specific features as well as defects will allow scientists to adjust capacitors accordingly, making them more powerful and far more effective than ever before.

Scientists are now looking into analyzing other elements, in order to improve their performance and effectiveness in a wide range of different applications.