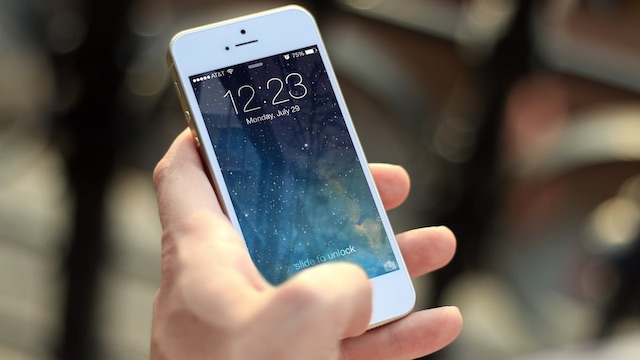 Scientists from the University of Southern California have devised a new way to create cheap, effective LED screens for smartphones and televisions. They believe their work will help save significant money for both consumers and manufacturers, without compromising the quality of their favorite electronic devices. And the secret behind this bold new plan comes in the form of a very common compound.

Iridium compounds have been the standard for creating the lights and colors found in organic LED screens. While iridium provides users with a highly efficient light emission, it does have some major drawbacks — namely, that it’s the rarest naturally occurring element on the planet. Scientists believe that iridium arrived on our planet thanks to hitching a ride on a meteor, possibly the one that killed off the dinosaurs over 65 million years ago.

Iridium deposits are rapidly diminishing, particularly as demand for TV and smartphone screens increases. That makes relying on it extremely expensive, and has led scientists to find an alternative option that is more abundant but still provides the quality users have come to expect.

Copper, which is extremely plentiful and easily accessible, may be the answer. Previous attempts to create a copper-based LED, however, did not work out as planned. The copper used had unstable molecules and a dramatically shorter lifespan than its iridium counterpart.

It looks like scientists have tackled this concern, however. They’ve created a new copper compound that has a far more rigid molecular complex than earlier versions. Additionally, the compound now has the same rate of light emission as iridium does. This means that the energy can be effectively turned into light and color, providing a superior LED-viewing experience for consumers.

“Our paper lays out the basic design rules for obtaining iridium-like emission efficiencies out of copper, with colors ranging from blue to green and yellow. Achieving efficient blue emission out of copper compounds opens up entirely new possibilities for tackling the problem of short lifetimes in blue devices.”

Scientists have submitted a patent application for their new copper compound, and hope to see it used in LED screens soon. They will next attempt to determine if the rigid copper compounds that work so well for LEDs could also prove useful in designing lighting that is less expensive and more energy-efficient.