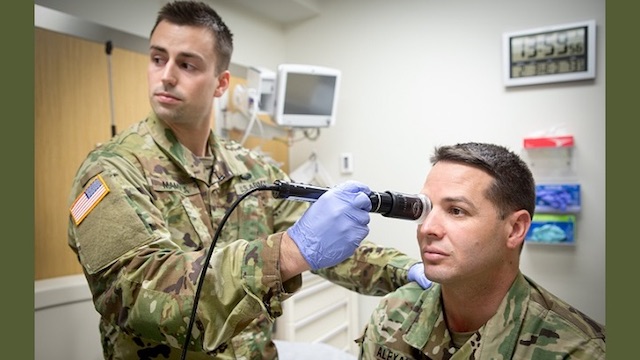 Scientists from Purdue University have created a new way to help doctors perform complicated procedures under hazardous conditions. Using augmented reality tools, scientists can now connect medical professional in remote areas with experts from anywhere on the planet. A specially designed headset provides the user with an immersive experience that will significantly help with complicated medical procedures performed in inhospitable locales.

“The most critical challenge is to provide surgical expertise into the battlefield when it is most required. Even without having highly experienced medical leaders physically co-located in the field, with this technology we can help minimize the number of casualties while maximizing treatment at the point of injury.”

Currently, doctors and physicians in war zones, remote locations, and environmental disasters have had to rely on telestrator technology for outside help. This system uses a traditional video screen; far-away experts can do freehand sketches over the images as they air. Unfortunately, the telestrator requires the mentee to look at a separate screen while working. Additionally, the technology doesn’t provide the user with upcoming steps, which can prove extremely problematic during complicated procedures.

The new headsets not only allow for a plethora of data to be provided to the user without interruption, it grants the mentor with a look at exactly what the mentee is seeing and doing. It uses a transparent headset screen display. The user can see the patient in front of them, as well as real-time on-screen feedback from distant experts. The mentor needs only a video monitor at their end, so as to follow the AR feed.

The AR relies on computer vision algorithms, which track and align the virtual notes with real-time visuals. Scientists believe that by keeping their focus trained on one specific area, there will be a significant reduction in potential errors during surgery. Already the technology has gone through one round of clinical evaluation, and another is already on the horizon. Next, doctors will test the technology on a simulated battlefield.

The US Department of Defense, which supported the research, hopes to soon be able to bring this technology directly onto the field. Until that time, Purdue researchers continue to work at increasing the stabilization ability of the view, and streamlining the technology for additional applications.