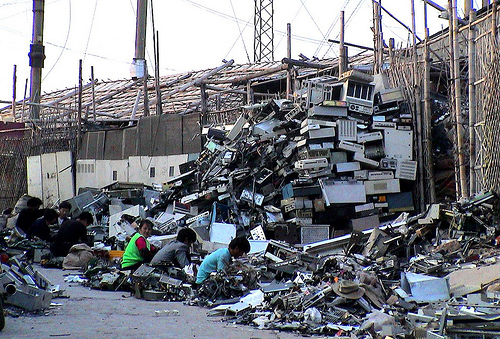 A report released by the United Nations Environment Programme (UNEP) last week says that as much as 90 percent of the world’s electronic waste—worth up to $19 billion annually—is illegally traded or dumped each year. The improper disposal of e-waste can lead to problems for human health, the environment, and the economy. There is no doubt that this is a growing problem, as new high-tech gadgets make electronic consumer devices more prevalent each year. According to UNEP, 41.8 million metric tons of e-waste was generated in 2014, and that number is estimated to increase to 50 metric tons by 2018. “We are witnessing an unprecedented amount of electronic waste rolling out over the world,” UN Under-Secretary-General and Executive Director of UNEP, Achim Steiner said, in a statement. “Not only does it account for a large portion of the world’s non-recycled ‘waste mountain,’ but it also poses a growing threat to human health and the environment, due to the hazardous elements it contains.”

Most discarded electronic products and components are categorized as hazardous because they often contain toxic materials such as mercury or lead. If e-waste is not properly disposed, hazardous material can leak into groundwater, posing a danger to people and the environment. According to the UNEP report, key destinations for large-scale shipments of e-waste include Africa and Asia. Local and international laws and standards are in place, but unfortunately, most (60 to 90 percent, according to various reports) hazardous waste is disposed of illegally.

The report cited a few striking examples. Recently, a large shipment of Cathode Ray Tubes was sent from the U.S. to China, but it was rejected by local agents and returned to the sender because it was misdeclared as “plastic scrap.” Another example includes used lead-acid batteries from cars and trucks. The batteries are considered hazardous but they are often disguised as non-hazardous metal or plastic waste and exported to countries with lower treatment standards. E-waste is often hidden behind layers of non hazardous products, especially in large loading containers that are difficult to inspect. According to UNEP, “Frequently, enforcement agents come across cases where the doors of cars or vans containing electrical and electronic equipment have been soldered shut, making it more difficult for law enforcers to determine whether the equipment is or is not waste.” 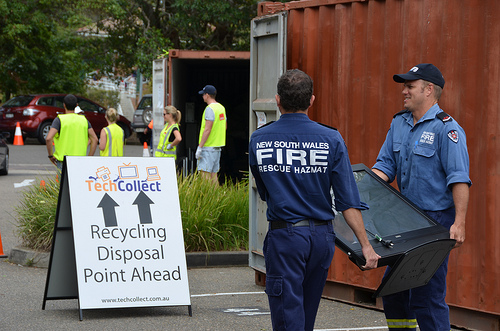 As dire as the e-waste landscape sounds, the report also highlighted improvements in recent decades, as “recycling has been a success and a positive achievement for private and public partnership.” Many factors contributed to this improvement: e-waste producers are being held responsible, new local laws encourage proper disposal, and although electronic products contain toxic materials, they also contain valuable and precious metals and other materials that can be salvaged for profit. Looking ahead, UNEP recommends that nations take several steps in order to combat waste crimes. They suggest: improving awareness, strengthening laws, supporting international treaties and compliance measures, and promoting prevention efforts.