Uncovering the Physics of Paint-On Semiconductors 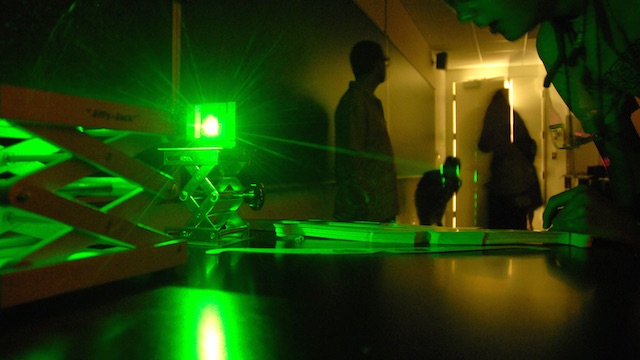 Scientists at the Georgia Institute of Technology are investigating a new type of semiconductor that could provide a powerful source of low-cost lighting. This new class of semiconductors are made from materials that are energy-efficient, extremely radiant, and surprisingly easy to process from a solution. But the question has always remained: Can hybrid organic-inorganic perovskites (HOIPs) really work for semiconductors? According to new groundbreaking research, the answer is a definite yes.

During their studies, researchers noticed that HOIPs contained a surprising ‘richness’ of semiconducting physics. These physics were created by the unusual movements of electrons along the chemical underpinnings of the material. Their erratic motion goes against conventional wisdom. Typically, established semiconductors have always depended upon an incredibly solid chemical foundation. Without it, scientists did not believe they could produce the quantum properties they were looking for. This study changes that conception.

“We don’t know yet how it works to have these stable quantum properties in this intense molecular motion. It defies physics models we have to try to explain it. It’s like we need some new physics.”

The fidgety nature of the electrons has proved difficult for scientists to investigate; luckily, a team of international researchers was more than up to the task. They measured a prototypical HOIP, and discovered that its quantum properties are equal to those of traditional semiconductors that are molecularly rigid.

Perhaps most surprising is how well HOIPs work with light; they are able to absorb and emit it exceedingly well. This has the added benefit of making them optoelectronic. Scientists are already exploring how they could be used in photovoltaics, lasers, LEDs, and other lighting applications. The relatively looseness on the molecular level of HOIPs has an additional advantage; it allows them to be more flexibly applied and produced.

While HOIPs may seem unstable next to their more rigid counterparts, they have their own very ordered system. The main difference is that it is far less limiting than traditional two-dimensional materials. In fact, the layers have a perovskite-like geometry in its crystal lattice that makes up layered scaffolding. The molecules may move all over the place in a frenetic ballet, but the quantum properties remain reassuringly stable.

Scientists are investigating the new properties that have been discovered in these semiconductors. They believe that with further research they should be able to manage these properties and turn them into an easy and effective source of light. And this could prove to just be the beginning of all the things these new semiconductors have to offer.