Operating on the Brain with Ultrasound 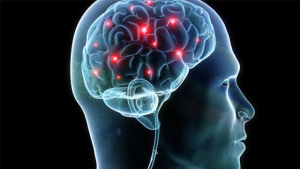 Neuroscientists in Zurich successfully tested a new method of non-invasive brain surgery using high-intensity focused ultrasound (HIFU) technology. In a study that involved treating nine patients with the new technique, each patient reported immediate results after the procedure and minimal side effects.

HIFU uses intense ultrasound beams to heat up and destroy pieces of dead tissue. The study involved patients suffering from chronic pain that did not respond to medication. Doctors treat this condition by destroying a small piece of the thalamus, which is the part of the brain that relays sensory information and acts as a center for pain perception. There have traditionally been two methods to destroy the brain tissue. The first—called radiofrequency ablation—requires drilling a hole in the skull and inserting an electrode into the brain. Another option is radiosurgery, during which a beam of focused, ionizing radiation zaps the tissue.

The new method has one obvious benefit: no holes in the skull. Additionally, HIFU has immediate results, whereas radiosurgery takes weeks or months to provide relief. The researchers also say that the ultrasound treatment is more precise, so it is safer than other methods. However, a disadvantage with the new thermal technique is that doctors cannot test the treated area in advance to confirm that the right area of the brain is targeted. Instead, an MRI scanner is used at the same time as the ultrasounds to ensure the right area is being treated.

This type of MRI-guided ultrasound therapy could eventually be used as an alternative to brain surgery for several illnesses. Researchers at other institutions in Boston and Isreal are exploring the possibility of using HIFU to treat brain tumors, Parkinson’s epilepsy, and stroke.