Ultra-fast, Flexible Memory Device to Pave Way for the Next Generation of Electronics 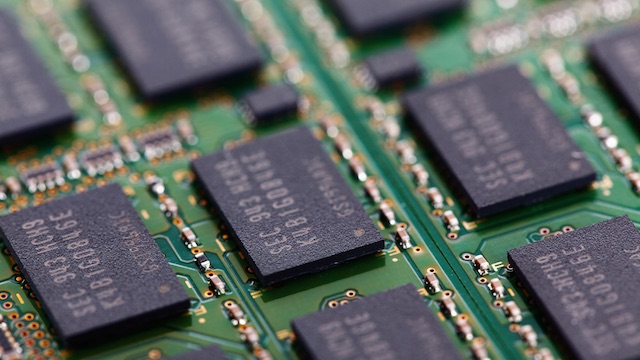 We expect a lot from our handheld devices. We want them to be smaller, faster, sleeker, more advanced. Every update, we expect innovation of the highest order. Sometimes our devices deliver; other times, they fail to meet our demands. Partly that comes from the logistics of said devices: the technology just doesn’t exist to make them as small and fast as we want. At least, that technology didn’t exist — until now.

Engineers at the University of Exeter have designed a new memory for flexible and transparent devices. The new memories are created using a hybrid of graphene oxide and titanium oxide. Unlike other memories, these new devices are eco-friendly and cost efficient, making them ideal for mass production.

The new hybrid is tiny; a mere 50 nanometers long and eight nanometers thick. And unlike previous forms of memory, these are flexible. With the growing popularity and demand for flexible devices, this memory — which is ultra-fast — is the perfect addition to this new technology. Instead of having to work against previous forms of memory, now the flexible technology will work with these new devices.

Perhaps most importantly, these new devices could replace the current flash memory we’ve all come to know so well. From USB drives to flash cards, these new memory devices could succeed them all. Their low cost and relative ease to produce are strong selling points in a field where much of the technology is labor-intensive and costly.

While being small and flexible are strong selling points, at the end of the day this new memory device is all about speed: it can work quickly and effectively, leaving similar products in the dust. This little device could very well change the way we look at and store data. Soon we could be bidding goodbye to the flash drives we’ve used for so long, and ushering in a new age of fast, sleek, and flexible technology.