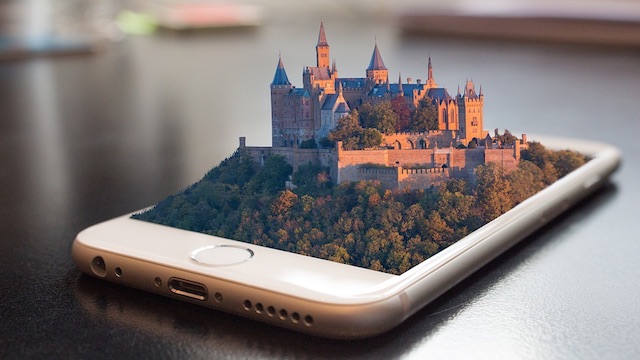 3D images on a smartphone sounds like a pretty great idea. Unfortunately, there are a few critical complications that prevent us from achieving this technology. Most notably, the light emitted from the smartphone: it has to bend and twist for users to enjoy 3D visuals. This technology has remained out of our grasp — until now, at least.

Scientists from the University of Michigan and Ben-Gurion University of the Negev have created a way to mass-produce spiral semiconductors capable of twisting light. By controlling the light that passes through the semiconductor devices, your smartphone could now present you with remarkable 3D images.

Photons are incorporated into the helices and manipulated as needed. The direction and timing of the wave fluctuations results in 3D technology previously thought of as impossible. Originally, it was simply too difficult to create a semiconductor spiral with a strong enough twist to create such visuals. The scientists behind this new technique discovered the tools they needed to succeed in DNA and proteins.

Amino acids are the quintessential building blocks of protein. The direction of the spiral proteins is determined by the geometrical property of amino acids. We found that a common amino acid, cysteine, working together in large numbers can twist not only proteins by also semiconductors.’

Nanoparticles made out of cadmium telluride were coated with cysteine. Cadmium telluride is a semiconductor that can emit light; cysteine molecules mirror one another. The nanoparticles self-assembled spontaneously, turning into tight and twisted tornadoes — perfect for the needs of 3D imaging. The resulting semiconductors were at least five times stronger than previous models, and capable of being varied depending on the electrical field.

When light was shone through the new semiconductors, the results were astonishing: photons swirling around made for the ideal environment to create 3D images. Now that this technological advance has been achieved, mass production is the next step. Soon, your favorite smartphone could have 3D imaging — and change the way we look at our handheld devices forever.

The original research, Assembly of mesoscale helices with near-unity enantiomeric excess and light-matter interactions for chiral semiconductors, was published in the Science Advances journal on March 1st, 2017