Transparent Silver Film Could Change the Way Touch Screens are Made 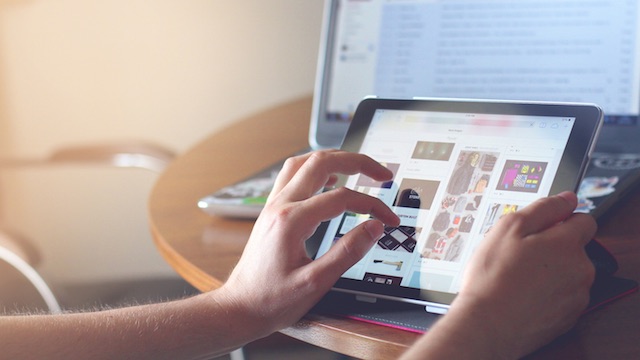 We’ve come to take touch screens for granted. They’re used so extensively on so many devices that we often forget what a marvel of modern engineering they really are. But as wonderful as they may be, engineers are constantly looking for ways to improve upon the current model. And their newest innovation could change the way touch screens are made forever.

Scientists at the University of Michigan have developed a new super-thin, super-smooth form of transparent silver film. This is currently the thinnest silver film that can survive being exposed to air. And the implications it has for touchscreen technology are staggering.

The silver is combined with a little bit of aluminum to allow it to be thinner than any previous incarnation. The new silver is also resistant to tarnishing, a big factor in touch-screen technology. Add on an anti-reflective coating and the result is a layer of silver that’s 92.4% transparent.

This hyper-thin material has numerous advantages over its predecessors. It is capable of relaying light much further than older, thicker versions — guiding light as much as 10 times farther. Your favorite touchscreen devices relies on transparent electrodes that control which pixels are lit up; without it, the technology simply doesn’t work. For years the market has been run by a product called indium tin oxide. But prices have started rising sharply, and the technology of the screen has not kept up with the devices.

That’s where this new silver comes in. Besides being far more cost effective, the silver and aluminum combination is a mere 6 nanometers thick. Being almost completely transparent, they provide far better visibility than their thicker and clunkier counterparts.

And that’s not all; the ultra-thin composition actually makes for faster data transfer. So your favorite tablet or smartphone could look and work better all thanks to a little silver screen. Now comes the next big step: mass production and sales. But very soon, the phrase ‘silver screen’ could have a totally different meaning for our touchscreen devices.

To read the paper behind this innovation, go here.