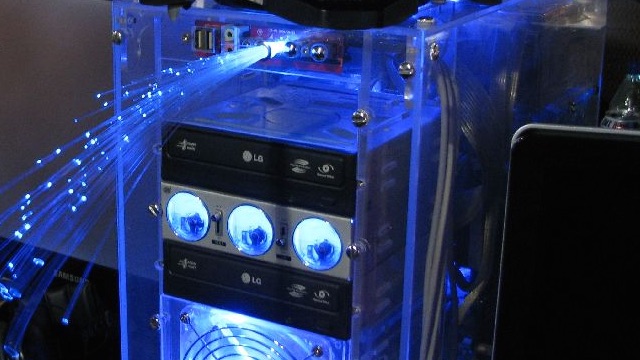 Computers have come a long way in a very short time, but they are not without their flaws. The speed of modern computers is determined by how quickly electrons take to make their way through a computer chip. This has been a major drawback when it comes to increasing the speed of our computer technology. But a team of engineers has unveiled a new model that could boost our computer processor speeds in ways we never imagined.

The main problem these engineers faced was dealing with the speed at which electrons travel. Instead of relying on electricity, engineers hope to have these computers powered by light — which travels much faster than its electric counterpart. To achieve this, scientists developed a transistor with bistability. This means the transistor used in the computer would be able to have two stable energy states, flipping between the two as needed. The bistability of the transistor will not only allow the computer to perform faster and more effectively, it will be the first step in optical logic, or the way in which these computers will be able to communicate with each other.

When an optical element is added to the transistor, it creates a feedback loop that controls the transmission of light. This combination of electrical and optical components could be the next step in both increasing our computer processor to previously unimagined speeds. It also helps lay to rest the concept of an all-optical computer — an idea that scientists behind this program say is simply not feasible.

“You cannot remove electronics entirely because you need to plug into a current and convert that into light. That’s the problem with the all-optical computer concept some people talk about. It just is not possible because there is no such thing as an all-optical system.”

We may never achieve the dream of an all-optical computer system, but the bistability transistor is much closer to it than we ever imagined. This technology could work in all sorts of devices, from computers to tablets to phones. Scientists are working on perfecting and streamlining this technology so it can be mass-produced and made available to consumers.