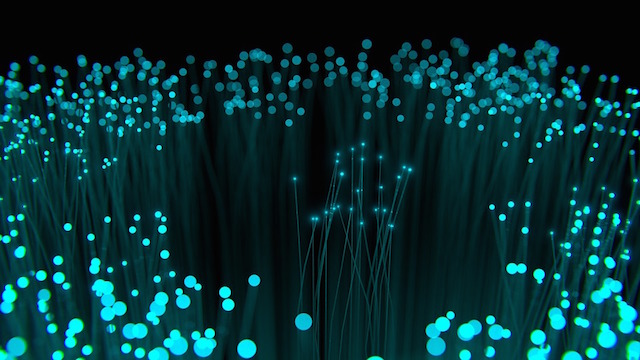 How does one go about measuring with light? It sounds like the sort of question adored by philosophers, but for scientists it poses a very real conundrum. As technology grows increasingly complex, engineers must scramble to keep up with the ever-growing demands of our devices. And traditional chip technology — based on electrons — simply isn’t up to the task anymore. So scientists are looking for new ways to bid goodbye to electrons and turning to light as the new way to optimize our technology.

Scientists at Hewlett Packard Labs have created a device that crunches numbers using light rather than electrons. The optical chip is a truly impressive piece of technology, with over 1,052 optical components working together to analyze and break down data. Despite its complex nature, scientists believe that this optical chip will be far more efficient than its electron-based predecessors, simplifying actions that previously took multiple devices to accomplish.

Optical computing has long been seen as the next frontier for technological advancements. Although the electron-based computer chip has served us well for decades, it has reached its limit. Many modern processors are on the verge of being overloaded, unable to perform the tasks we demand of them quickly and efficiently.Light was seen as an obvious solution to this problem, but the issue of harnessing it in a useful and effective way remained a major stumbling block — until now, at least.

The Hewlett Packard Labs optical chip operates much likes its predecessors, with a few vital changes. Infrared light exists within four nodes on the chip; electric heaters adjust the intensity and size of the beams. By being able to control the temperature of the beams, scientists no longer have to worry about burning out their devices. This design also prevents acoustic feedback from compromising the chip (in previous iterations, a noise in the same room as the chips could lead to major complications.

Optical chips could be the secret to making optical computing a viable mass-marketing option. Not only do they perform better and faster than their contemporaries, optical computers are said to expend less energy. The Hewlett Packard Labs optical chip is a big step forward in this technology; soon, we could bid goodbye to electron-based computing for good.