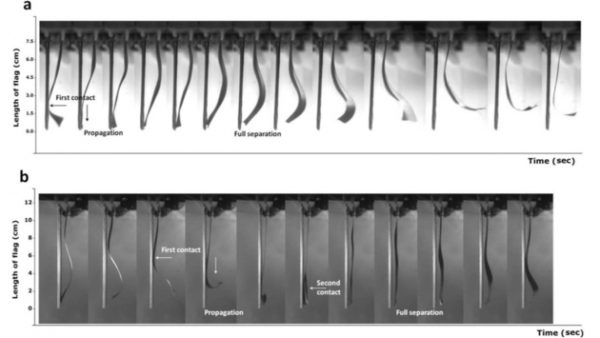 Researchers created an experimental generator that uses small electrode-coated flags that rub against a conducting counter plate to build a static charge. The flags used were less than five inches in length and four inches in width, and varied in dimensions.

The team tested several devices with different sized flags attached to determine the most effective flag size based on the wind speed. They found that in a light breeze, long, thinner flags generated a larger charge because the flag touched the counter plate more. Once the wind speed increased, the long flags did not flap properly, and their charging performance was reduced. The amount of electricity created is small; the team proposed building arrays of flag generators to produce large amounts of power.