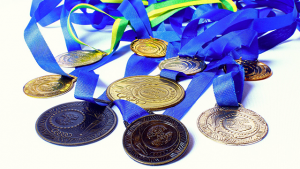 The Telecommunications Industry Association (TIA), the leading association representing the manufacturers and suppliers of high-tech communications networks, announced that Stephanie Montgomery, Vice President of Technology and Standards, has been selected by the American National Standards Institute (ANSI) as a 2015 recipient of the Meritorious Service Award. ANSI’s Meritorious Service Award is bestowed annually to individuals in recognition of outstanding contributions to the U.S. voluntary standardization system.

Montgomery currently manages TIA’s standards efforts, which boasts more than 1,000 standards developed by TIA’s engineering committees. In this role, she oversees the establishment of committee procedures; the implementation, development and advancement of new programs; and overall promotion of TIA standards programs. In addition to leading the TIA’s standards operations, Montgomery specializes in overseeing the development of standards in the areas of M2M and mobile and point-to-point communications.

“Stephanie truly embodies the spirit of the Meritorious Service Award,” said Scott Belcher, Chief Executive Officer of TIA. “In her 21 years of service to TIA she has built a reputation for excellence as an invaluable advisor and leader of standards development. She is well respected by TIA member companies, her colleagues at TIA and the engineering community. This award is truly a well-deserved tribute to her dedication to advancing standardization and innovation within the Information Communications and Technology industry.”

“The TIA Technical Committee congratulates Stephanie for the well-earned recognition that ANSI has bestowed on her,” said Adam Drobot, Chairman of Open Techworks and Chair of TIA’s Technical Committee. “This award echoes her many contributions and dedication, recognizes her skills, and indicates continued excellence in standards from TIA. We are pleased that ANSI has seen fit to make this singular award of Meritorious Service to Stephanie and we see further important contributions ahead.”

“I have known Stephanie Montgomery since she joined TIA in 1994 and she could not be more deserving of this award,” said John Siemon, Vice President of Global Operations and CTO of the Siemon Company. “Stephanie’s many accomplishments are a natural by-product of her professional abilities. The admiration and respect she has earned are a direct result of exceptional interpersonal skills that inspire excellence in others and contribute greatly to success of projects and activities she has undertaken in support of TIA’s members like me.”

Montgomery and other ANSI awardees will be honored at the 2015 ANSI Leadership and Service Awards, a banquet and ceremony to be held on Wednesday evening, September 30, at the Fairmont Hotel in Washington, DC. For more information, visit www.ansi.org/wsweek.