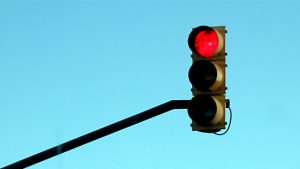 Defective air bags continue to be a problem for vehicle manufacturers. While the Takata recall is already massive, now 2.7 million additional vehicles have been added to the list of cars that need to be repaired because the air bag systems pose safety hazards. Most of the recently announced recalls are for vehicles equipped with the familiar Takata air bags, but many vehicles are being recalled for unrelated air bag issues.

Volkswagen is recalling certain model year 2015 Volkswagen Tiguan and Audi Q5 vehicles. These 734 affected vehicles are equipped with defective driver and front seat passenger seat-mounted Takata air bag inflators that may rupture in the event of a crash.

Mazda is recalling 19,781 model year 2004-2006 B-Series trucks because they contain defective Takata air bags. If the driver side frontal air bag deploys, excessive internal pressure may cause the inflator to rupture.

Honda is recalling 341,444 units of model year 2008-2010 Accord vehicles. In these recalled cars, the air bag control units may corrode and fail, which can prevent the air bags from deploying in the event of a crash.