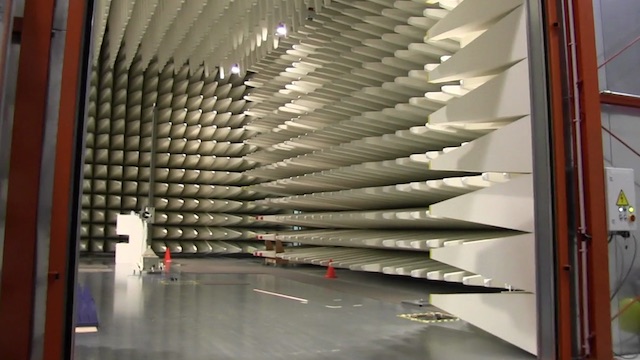 There are a number of electronics-based products available on the market. From the tools found in smart homes to devices designed for the Internet of Things (IoT) to technologies designed to digitalize, there’s an enormous density of products that require electromagnetic compatibility (EMC) testing, as well as comprehensive and accurate testing services. In fact, according to a recent research report by Frost & Sullivan, it’s being recognized as a prominent market in its own right.

Companies need to test their products for unintentional electromagnetic interference (EMI) — and this need has transformed into big business. The market for this technology and research currently stands at around $2.75 billion, and according to the research report, that number is expected to surge to a whopping $4.57 billion by 2022. Testing services will likewise generate a tremendous amount of revenue. The market contributed $2.9 billion back in 2017. By 2022, it should hit around $3.21 billion. The test equipment section of the market, meanwhile, will see its 2017 revenue of $850 million rocket to $1.36 billion by 2022.

“The ongoing transition to full-electric vehicles (EVs) and the constantly evolving regulations and guidelines regarding designing and manufacturing are prompting manufacturers and testing service companies to perform EMC tests. One of the biggest end-users was the IT & Communications industry, which generated $494.0 million in 2017, while third-party testing accounted for almost 50 percent of test equipment revenue at $425.0 million.”

There’s a lot of money to be made here, but it depends on successfully tapping into a growing and competitive market. According to the research, service providers and testing equipment vendors will need to do several things to achieve their professional goals. Upgrading test equipment is a key factor, particularly as the demand for 5G testing grows. Companies are urged to upgrade their amplifiers and spectrum analyzers, if possible.

Frost & Sullivan also suggests that companies work to expand their capacity and reach. Those that offer capabilities across multiple regions will have a far greater chance at success than their smaller counterparts. But no matter the size of the business, it is essential to incorporate in the operational plan future upgrades to testing methodologies and equipment in accordance with the latest standards and regulations.