The Future of Supercapacitors 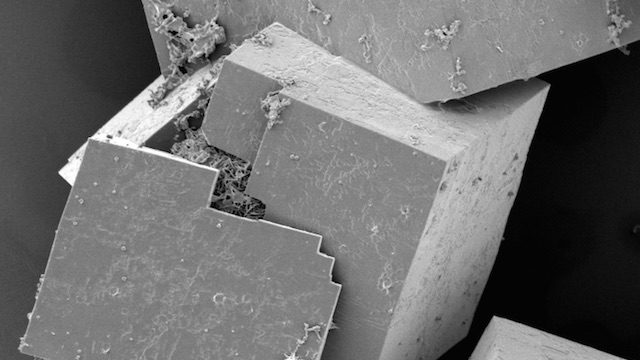 Supercapacitors are generating a lot of interest. These units, designed to store energy, have captured the attention of the scientific community for their ability to create huge surges of power, as well as their rapid charging ability. But while supercapacitors have intrigued many, using them has been somewhat more complicated. The design of supercapacitors has relied heavily on carbon, which demands extremely high temperatures in order to work effectively. However, scientists have found a new way to design these high-powered charging stations, carbon not required.

Researchers from MIT have helped to create the first supercapacitor that uses no carbon at all. According to the journal Nature Materials, the new and improved supercapacitor could end up generating more energy than its carbon-based predecessors. The new design relies heavily on metal-organic frameworks, a spongelike material. Unlike carbon, metal-organic frameworks have an unusually large surface area for their size. This makes them the perfect tool for supercapacitators, which depend on surface area to generate energy.

Of course there are always complications with new technology, and metal-organic frameworks are no different. While they have the surface area needed for a supercapacitator, they have one significant flaw: they are not especially electrically conducive. This has proven to be a serious hurdle for scientists trying to draw all the energy possible from supercapacitors.

Despite this drawback, scientists are encouraged by their findings from these new carbon-free supercapacitors. The metal-organic frameworks operate under far less harsh conditions than carbon, which demand temperatures ranging around 800 degrees and extremely abrasive chemicals to function properly.

Scientists on the project hope that these innovations will prove that supercapacitors can be a major contributor to the renewable energy movement. With further work, supercapacitors could be able to store enough energy to power entire grids and even electric cars.

Moving beyond carbon dependency is just the beginning, say scientists. The next step will be modifying and altering the chemicals needed in supercapacitors to allow them to enjoy widespread use. Carbon  may still be the fundamental material used in supercapacitors, but with the advent of metal-organic frameworks its time is definitely running out.