The Development of Reconfigurable and Reversible, Shape-Morphing Actuators 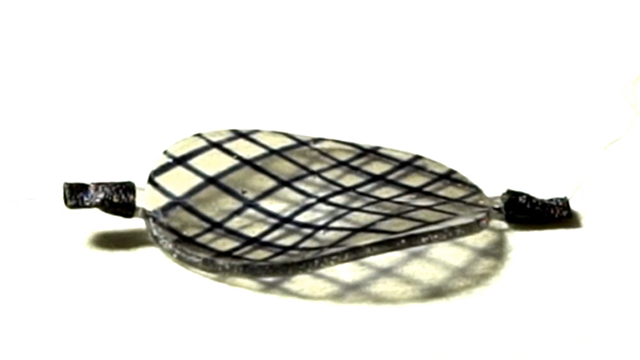 Scientists from Harvard John A. Paulson School of Engineering and Applied Sciences have created a new way to transform flat sheets of elastomer into a variety of 3D shapes and forms using actuation. Experts believe this technology could have numerous applications in a variety of different fields.

The technology is part of researcher’s attempts to mimic the motion and shapes of natural objects to improve on our mechanical systems. The actuation system used in the process is fast, reconfigurable to a variety of different shapes, can be controlled by applied voltage, and most significantly, is completely reversible.

“We see this work as the first step in the development of a soft, shape shifting material that changes shape according to electrical control signals from a computer. This is akin to the very first steps taken in the 1950’s to create integrated circuits from silicon, replacing circuits made of discrete, individual components. Just as those integrated circuits were primitive compared to the capabilities of today’s electronics, our devices have a simple but integrated three-dimensional architecture of electrical conductors and dielectrics, and demonstrate the elements of programmable reconfiguration, to create large and reversible shape changes.”

David Clarke, the Extended Tarr Family Professor of Materials at SEAS and senior author of the paper

The elastomer sheet is constructed out of multiple layers, and totally reconfigurable. Each layer has carbon nanotube-based electrodes that came in an assortment of different shapes. A spatially varying electric field occurs inside the elastomer sheet when voltage is applied to the electrodes. This creates changes in the material geometry that are uneven, which gives the elastomer sheet the ability to change its flat shape into one that is three-dimensional, and totally controlled by the scientists.

The electrodes in the elastomer sheet are independently controlled. This gives scientists the ability to turn them off and on as needed, which alters the overall shape of the object. The power density of these actuations is similar to what is found in the muscles of living things, which could have a tremendous impact on the future of mechanical devices.

The next step for scientists is to turn their research on its head. They are now seeking to discover how to make specific shapes by altering the voltage applied to the elastomer sheet, and the design of the electrodes inside it. They are currently looking into commercialization of this invention.