One of the challenges facing our distributed industry is finding ways to make the community, er, bond with each other. Our Society is global and crosses many industries. So it is always fortunate to be able to get together and share some time with our colleagues from every corner of the world.

One of the flagship events of the year for the EMC Society is the IEEE EMC Symposium, this year held in the bosom of Ottawa, the capital of Canada. This is the first in a three year (unplanned) string of conferences that land in Nations’ capitals, as 2017 and 2018 events will be held near Washington DC and in Singapore, respectively. Now, some would point out the obvious that Singapore is a nation state and where-else-would-a-nation-be except in it’s major city, but that aside, we have our triple “capital cities” Symposia and we’re damn happy about it.

In any event, the 2016 Ottawa event was a blast and we broke out in style with a packed technical program, a sold-out exhibit hall and live entertainment, featuring a few tunes from General Chair Kris Hatashita and a few companions led by the inimitable multi-talented Jeff Silberberg. 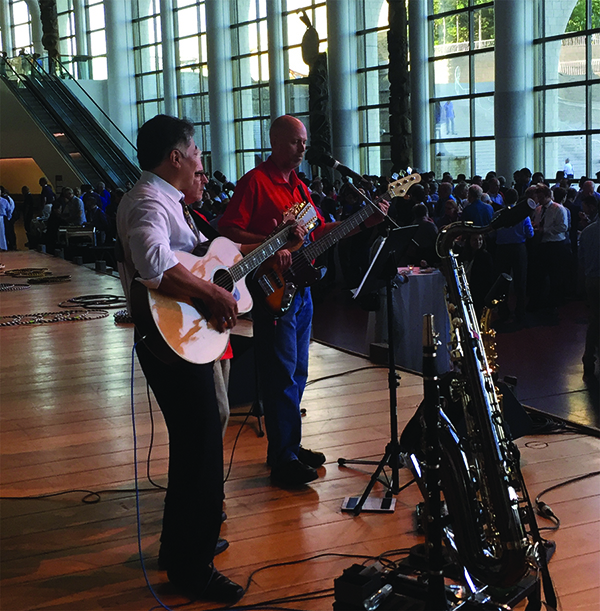 Kris, John and Chuck Warm Up the Crowd

The music continued through the week featuring sultry sounds of smooth jazz and pop favorites performed by the lovely Lee Anne Frederickson Jazz Quartet in the Trillium Room at the Shaw Centre. 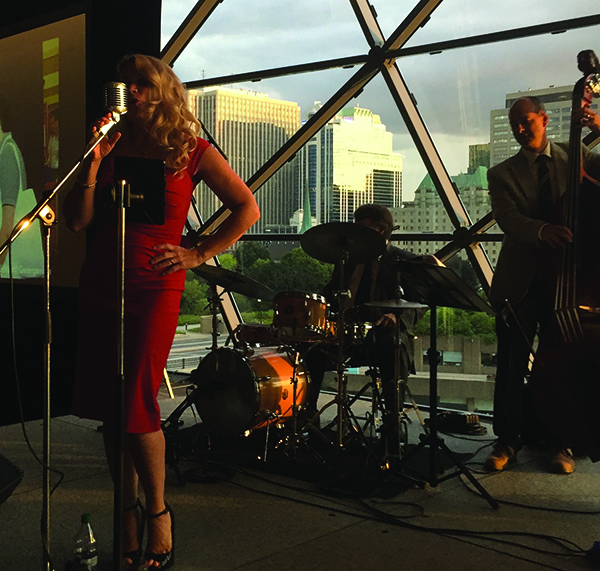 Ottawa is a fun place with loads of history and, this summer, a wild light show projected against the Parliament building that tells the story—in images, music and bilingualism—of the founding of Canada. Being of French-Canadian extraction, I was fascinated by the retelling of the founding of this Nation, an immigrant and diverse country that has not forgotten its past and is firmly focused on the future, building infrastructure and doing positive construction activities that will yield economic benefits for future generations. The city also features some fun art, whimsical and evocative, like this giant spider next to the Museum of Modern Art. 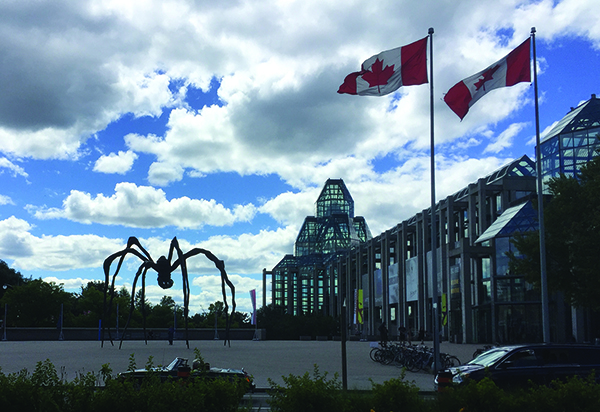 Spider and Museum of Modern Art

Canada is a unique country, connected to her two mothers (yes, she is progressive) England and France in interesting ways “born in the lilies, raised in the roses.”

For instance, as part of the Commonwealth, profiles of monarchs from England are still featured on the obverse of the currency, with the profile flipping right to left when the monarch changes. Currently, long-reigning Queen Elizabeth is up to Revision 4 or 5, aging gracefully as it were and, in the latest effigy, in a humble nod to the commoners, she has doffed her crown.[1]

My forebears landed on the Eastern coast of Louisburg in 1749 a few decades after its founding by French military forces and the deep connection back to France is compelling. During a trip to the west coast of France to the port town of La Rochelle, I noted the Canadian flag waving high above one of the towers guarding the old port, indicative of the waves of immigration from France that occurred during the 1700s when England and France were biting off and fighting over pieces of the territory that would ultimately be bound together on July 1, 1867. (In the mid 1850s, were my ancestors not able to scramble into the woods and avoid the forced expulsion from Acadia to, eventually, Louisiana, I may likely be typing these words with a Cajun twang: “Acadia”à”Acadian”à”Cajun”). Anyway, we managed to miss the mass deportation (which should really be outlawed) and stayed North of the St Lawrence River for a hundred or so years, eventually leaking into the Maine woods, becoming lumberjacks and shirt makers for a company called Hathaway.

Across the Ottawa River is the province of Québec where the “Musée canadien de l’histoire” (I have to write it in French, parce que c’est au Quebec), designed by Douglas Cardinal, a famous Aboriginal architect. The museum is a visual masterpiece, organic and natural with exhibits and programs for all ages. This also happened to be location for the Tuesday evening reception featuring a bunch of old guys in red shirts playing dated rock and roll tunes.

Additional homage to Scotland, Ireland, England and France appear in the city’s soaring cathedral, as figures carved into columns on either side of the sacristy (thistle, shamrock, rose and fleur-de-lis). All of this honoring of the past may be summed up in Québec’s Provincial Motto “Je me souviens” which translates to “I remember” which, to some, may mean simply, that we recall the past, we remember its lessons and we are informed for the future. Other interpretations *may* take on a graver meaning. 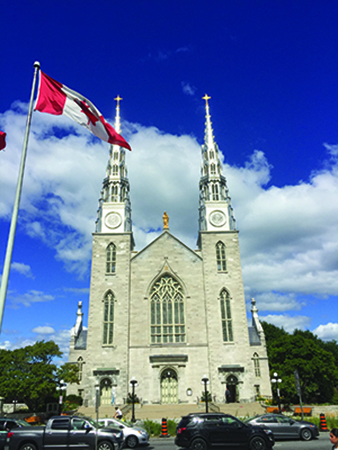 Speaking of Scotland, Ottawa is also home to a mecca of sorts, for Scotch aficionados. The Highlander Pub is a quaint wooded spot on Rideau Street “Where Men Wear Kilts” featuring over two hundred single malt scotches. A few visits are suggested to properly survey the Islays and Speysides. The wall of whisky is known as “The Vatican of Scotch.” Now that title pays an ecumenical honorific, if you ask me.

One takeaway from a week in Ottawa, aside from the smoky, peaty memories of the single malts, is the inclusiveness that we can experience in our little community. At the Chapter Chair dinner, hosted by Caroline Chan, we heard summaries from Chairs around the world, with a common vision of bringing and keeping our networks alive with meaningful and productive communications and sharing. 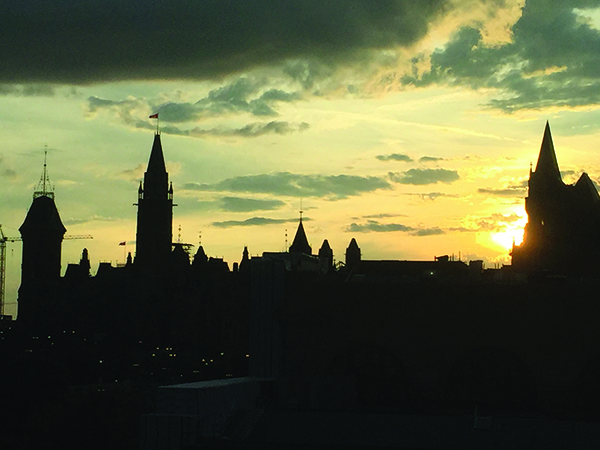 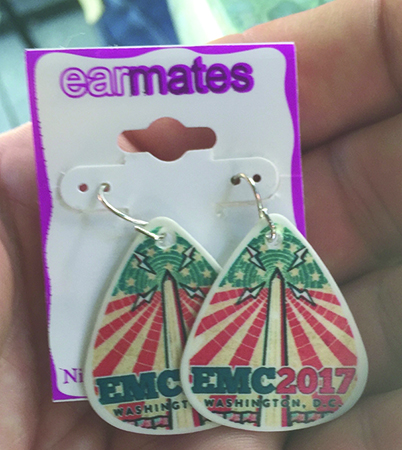 [1] This we all learned at a visit the Royal Mint in the middle of Ottawa, which produces many millions of dollars of very fine gold (99.999%) every week, which are purchased by investors in Canada and abroad. They were not handing out samples.