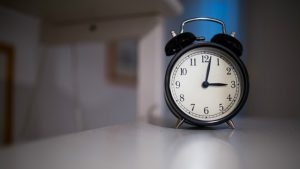 The Federal Communications Commission (FCC) has extended the deadline for testing laboratories to meet an accreditation requirement that was adopted as part of a review of equipment authorization procedures. In the May 2015 review, the Commission decided that all laboratories that perform equipment certification testing must be accredited by a recognized accreditation body.

The Commission acknowledged that accreditation is a rigorous process that would require a significant amount of time for labs to implement. Old practices were supposed to be phased out during a transition period with a July 13, 2016 deadline. However, Motorola Solutions, Inc. and the Telecommunications Industry Association both filed separate petitions urging the FCC to reconsider the deadline.

As a result, the Commission has now announced that the accreditation deadline will be extended for an extra year. An FCC press release explains the decision: “To avoid the potential disruption of the distribution and sale of radiofrequency equipment in the United States, the Commission is extending the time during which it will recognize “listed” laboratories to July 13, 2017.”

Read the FCC’s announcement about the extension: http://transition.fcc.gov/Daily_Releases/Daily_Business/2016/db0615/DOC-339846A1.pdf.

Download the Memorandum Opinion and Order and Order on Reconsideration: https://apps.fcc.gov/edocs_public/attachmatch/FCC-16-74A1.docx.