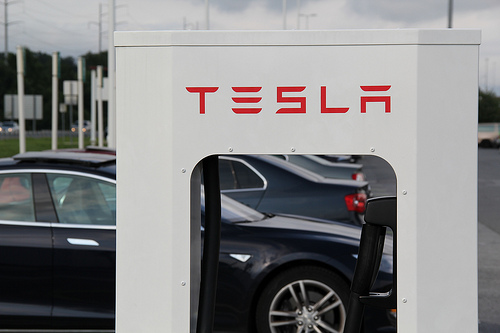 This week, Tesla Motors unveiled their new autopilot system. Much like the ubiquitous systems that do most of the work involved in flying today’s airplanes, Tesla’s autopilot is designed to eliminate human error and reduce tedious tasks, although a human should supervise. Newer Tesla models can now steer and park themselves under certain conditions. The way the upgrade was delivered is almost as innovative as the technology itself: drivers received an over-the-air notice on their cars’ instrument panel notifying them that a software update was available.

The autopilot rollout is part of what Tesla calls an “incremental introduction of self-driving technology.” In October 2014 Tesla started equipping the Model S with hardware to enable the cars to drive themselves. This included: a forward radar, a forward-looking camera, 12 long-range ultrasonic sensors positioned to sense 16 feet around the car in every direction at all speeds, and a high-precision digitally-controlled electric assist braking system.

Although the cars can now steer and park themselves, Tesla CEO Elon Musk has emphasized that drivers are still ultimately responsible. This week’s launch is cautious; drivers are supposed to keep their hands on the wheel. If they don’t a warning will light up their dashboard, and if drivers attempt to ride hands-free in certain navigating conditions, an audio alert will come on and the car will slow itself down and eventually shut off. “We’re very clearly saying this is not a case of abdicating responsibility,” Musk said, according to Reuters. “That will come at some point in the future but … this is still early days.”

As more cars upgrade to autopilot, the information will be uploaded to a Tesla network, so the system will continue to improve as it becomes more popular. It won’t be long before the cars will be able to truly drive themselves. In fact, Musk estimates that it will happen in the next three years. Having the technical capability is nice, but Tesla and all of the other autonomous vehicle manufacturers will first need approval from auto regulators.