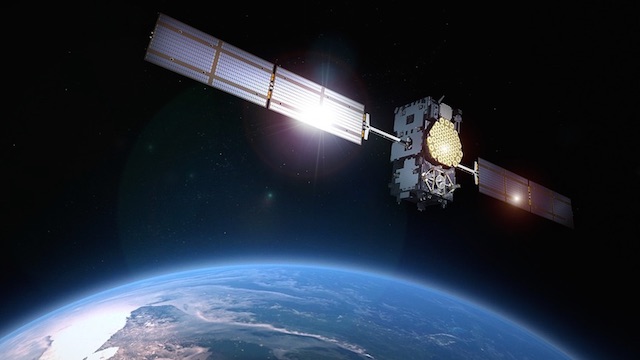 Scientists from China have created the first satellite-to-ground quantum network. As if that isn’t impressive enough, the team has also crushed the previous record for longest distance over which entanglement has been measured. This remarkable quantum network has been used to successfully teleport an object from the ground to orbit for the first time ever.

An extremely sensitive photon receiver named Micius was sent into orbit a year ago. It is in a synchronous orbit; this means it passes over the same point on Earth every day at the same time. Micius can be used to detect the quantum state of single photons fired from the ground, allowing scientists to fully explore a variety of quantum events. It is with this photon receiver that the scientists were able to to teleport an object successfully, as well as break the record for measuring entanglement.

Entanglement occurs when two quantum objects are formed at the same instant and location in space. Even when the two objects are widely separated, they continue to share an existence. This means that measuring one (no matter where it is) impacts the other. It’s also one of the key factors in teleportation. In theory, you would ‘download’ the data to one quantum object, and you should be able to transmit it via entanglement to the other object. This would turn the second object into the first; and that, in a nutshell, is teleportation.

Of course, reality has proven far more complicated than theory. Entanglement can be lost when photons interact with optical fibers or matter in the atmosphere. This has considerably limited the distance at which scientists can measure entanglement or even attempt teleportation.

Micius succeeded where others have failed, covering thousands of kilometers successfully. Scientists created entangled pairs of photons on the ground at a rate of 4,000 per second. One of the photons was beamed to the satellite as it orbited overhead; the other remained on Earth in the lab. From there, the scientists sent millions of photons over the course of 32 days. They found positive results in 911 cases.

This is a huge step in quantum research; perhaps more importantly, it lays the groundwork for future experiments with teleportation. It also brings the idea of a ‘quantum internet‘ — a totally secure global communications network completely safe from hackers — closer than ever to being a reality.