Takata Saga: Now there’s a Recall on the Recall 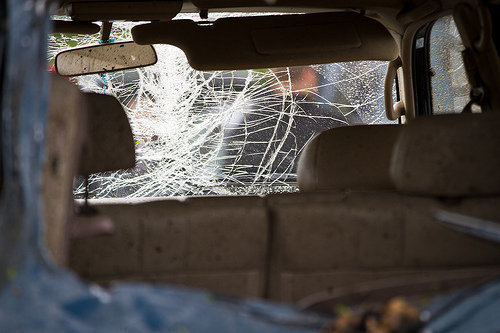 After 15 years of complaints, investigations, and insufficient recalls, last month Takata finally admitted to the NHTSA that their air bags are defective. (Better late than never.) The air bags, which deploy with too much force under certain conditions, are responsible for six deaths and more than 100 injuries. The Japanese air bag maker’s announcement has been praised as an important step for public safety, but three weeks later, many details surrounding the recall are still unclear. Although the NHTSA has set up a dedicated website, there still isn’t a complete list of vehicles that are affected.

Since the announcement, eight automakers have announced new or expanded recalls, but their lists don’t come close to adding up to the 34 million defective air bag inflators (14 percent of cars on U.S. roads) that Takata has admitted should be recalled in the U.S. alone. While we know that 14 percent of cars on U.S. roads contain the hazardous air bags, millions of those vehicles have not yet been identified by automakers. Neither Takata nor the NHTSA has explained why the recall list is still incomplete or suggested a plan of action.

To make matters worse, even consumers who have already had their air bags replaced still can’t be sure their vehicles are safe. At least 400,000 of the four million inflators that have already been repaired will need to be replaced again, according to Reuters. The NHTSA has said that 500,000 of the replacement air bags are safe, which leaves 3.1 million replacement parts that could be defective. Still, the NHTSA urges consumers to have their air bags replaced now, even if it might mean making a return visit to the dealership for another repair in the future. A new defective air bag is better than an old one, the NHTSA explains on their website, because “the inflator ruptures that have been responsible for deaths and injuries have occurred in inflators between 7 and 12 years old, so we know that time is a key factor that increases risk.”