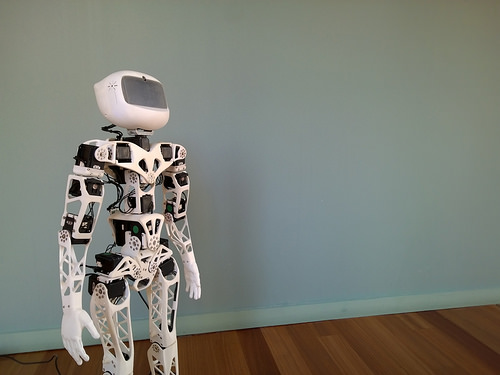 A British online supermarket is developing an autonomous collaborative robot to assist staff in factories by the year 2020. The company, Ocado, is collaborating with four universities across the European Union to design software that will empower a SecondHands humanoid to operate independently in a factory designed for humans.

Its design will be based mostly on the human body, with torque-controlled arms, two hands, a bendable torso, and the ability to respond to voice commands. Early versions will likely operate on wheels, but in the future it could walk on legs. The robot will have an active sensor head with 3D vision to see depth and color. The goal is to create an autonomous robot that can learn by example and apply tasks in its knowledge base to similar situations. “We would expect the robots to be able to track what the engineer is doing, understand the task that the engineer is trying to perform and then synthetically understand its own capabilities as a robot to proactively offer assistance,” Alex Harvey, head of project management at Ocado Technology, told Wired UK.

The robots will be expected to fetch tools, hold objects, and assist with cleaning, repairs, and other engineering tasks at Ocado’s logistics factories in the U.K. In addition to working alongside human staff, the robots could also be used in conditions that are too dangerous for people, such as operating near high-speed conveyors or handling toxic materials. Ocado is even considering the robots for building future warehouses. The first SecondHands prototype will be tested in 18 months, and the final version is expected to operate in factories in 2020.