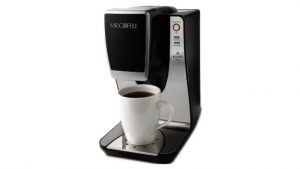 A defect caused the brewers to open during operation, spraying hot water and hot coffee grounds onto users’ faces and arms, resulting in at least 32 reported burn injuries. According to the CPSC, Sunbeam Products did not immediately report the defect, as required by federal law. The company recalled 520,000 of the single-cup brewers in August 2012.

In conjunction with the announcement about the settlement, Commissioner Joseph P. Mohorovic issued a statement expressing his concerns that the penalty is “too high and unsupported by the facts.” He compared settlement to previous penalties to illustrate his point. Commissioner Mohorovic wrote, “The notion that we would penalize the relatively minor burns caused by splattered hot water more heavily than we would penalize the life-threatening consequences of children sitting astride flaming mini-bikes is baffling to me, to put it charitably.”

A copy of the settlement is available at: http://www.cpsc.gov/Global/Newsroom/News-Releases/2016/16189/16189civilpenaltydoc.pdf.