Successfully Measuring the Accuracy of Two-Qubit Calculations in Silicon 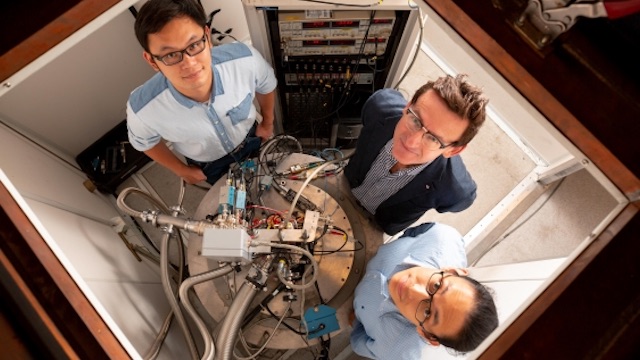 Engineers from UNSW Sydney have successfully measured the accuracy of two-qubit logic operations in silicon for the very first time. Scientists believe the results could one day allow them to scale up to a quantum processor. This has the potential to be a big step forward in the field of quantum computing.

Professor Andrew Dzurak, leader of the team at UNSW Engineering

Back in 2015, the team built the first quantum logic gate in silicon. This made it possible to make a calculation between two qubits of information. Significantly, this was a big step forward in turning the dream of silicon quantum computers into a reality.

To achieve this, scientists used a technique to assess qubit accuracy across a variety of technology platforms. The scientists successfully demonstrated an average two-qubit gate of fidelity of 98%. They managed to achieve this accuracy thanks to identifying and mitigating primary error sources. This allowed scientists to improve gate fidelities significantly. Scientists were able to perform more than 50 gate operations on the two-qubit device, even after randomizing the benchmarking sequences.

However, this is just the beginning. Millions of qubits will be needed to achieve even the basic goals set for quantum computers. Plus, even the smallest of quantum errors could lead to big problems — which makes accuracy in these small devices more important than ever. If the qubits themselves are proven to be extremely accurate, it will make the scientist’s future endeavors more likely, and pave the way for greater innovations regarding quantum computing.