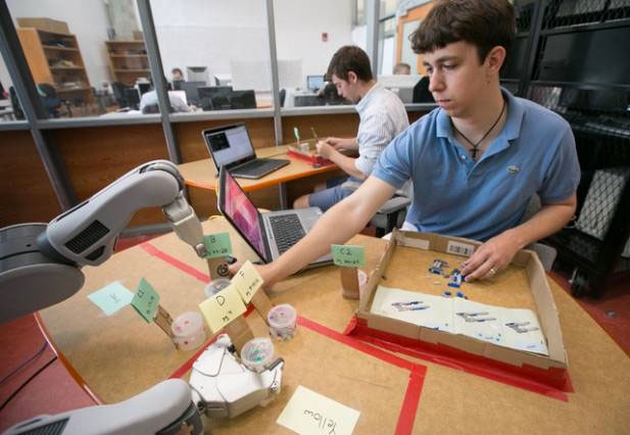 A research study at MIT has found that human manufacturing workers prefer management by robots over humans. The study used two groups of 24 participants and one robot to test three different working conditions.

The team tested their hypothesis in a manufacturing experiment where participants fetched or assembled parts. The three working conditions were manual (human assigns tasks), autonomous (robot assigns tasks), and semi-autonomous (human assigns task to self and robot assigns tasks to rest of the team). The study found that there was an improvement in efficiency when increased autonomy is present.  The human participants preferred working with a robot due to a better understanding between the robot and human, and the robot accurately perceived what the human workers goals were.

Watch a video to learn more about the study on decision-making authority and efficiency in a human-robot manufacturing teams.