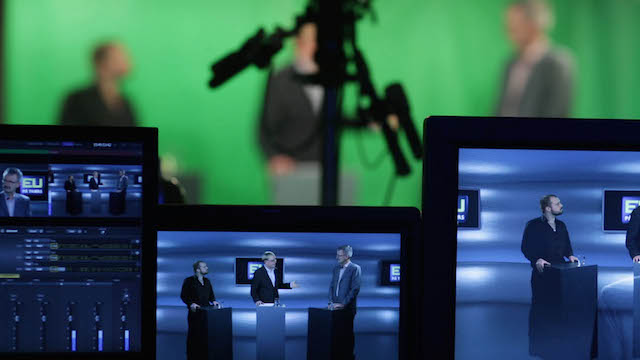 Researchers from the University of Washington have devised a new method for HD video streaming. This technology does not require a plug in order to work. In fact, their remarkable prototype is light on its need for power, without sacrificing speed or video quality.

This feat is achieved thanks to a technique called ‘backscatter.’ Backscatter allows a device to share information by reflecting signals that have been transmitted to the device. In traditional streaming cameras, there are several steps when it comes to streaming a video. First it must process and compress the video; then it has to be transmitted via wi-fi. This all adds up to a large amount of power being used — and that’s not even counting the additional energy used by HD videos. That’s where backscatter comes in.

The new system for HD streaming removes all extraneous components. The prototype has pixels in the camera directly connected to the antenna; backscatter sends intensity values to your smartphone. Without the weight and size restrictions that hold back small streaming cameras, the phone is able to process the video itself.

It’s a similar method for transmitting videos. Pixel information is translated by the system from each frame and transformed into a series of pulses. The width of each pulse indicates a specific pixel value. The length of the pulse indicates the brightness of the pixel.

When it comes to power usage, the prototype is hard to beat; it uses 1,000 to 10,000 times less power than most current streaming devices. Unfortunately, it’s not yet perfect: the system requires a small battery in order to properly function. The engineering team is already planning the next step of the research — namely, creating a wireless video camera that is totally battery-free.

As if that’s not enough, the team created another low-power camera. The low-resolution, low-power security camera is capable of streaming at 13 frames per second, and has tons of potential applications. Wireless home security options are at the forefront of this focus, allowing people to keep their homes protected without worrying about wires or other messy complications. And that’s just the beginning of the potential technology this new device promises to provide.