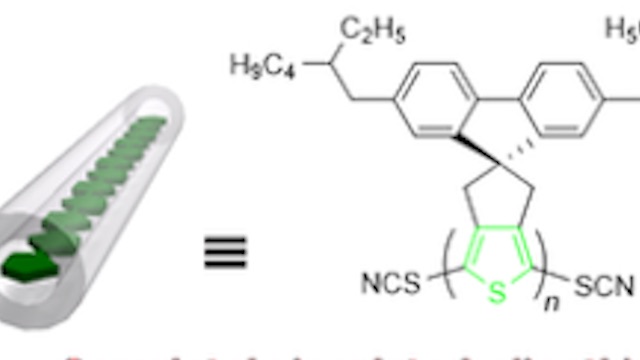 Scientists from Osaka University in Japan have taken single-molecule conductors and straightened them in an effort to improve their performance. The team of scientists made single-molecule nanowires that measured up to 10 nanometers in length. Through their research, experts learned that taking the ribbon-like chains and forcing them to lay flat dramatically improved their conductivity, as opposed to their traditional twisted form. Scientists believe that this discovery could potentially help them to develop a new generation of high-tech devices, such as photovoltaics and smartphone screens, that are both powerful and inexpensive.

Their investigation into this technology started with conducting polymers. These are carbon-based molecules that have the ability to operate as tiny wires. This is due to their alternating single and double chemical bonds, which are commonly known as conjugated bonds. Scientists have long had an interest in these carbon-based conductors, as they are far cheaper and easier to make and customize than traditional electronics. And now they hope they’ve found the next iteration of this technology.

Researchers took chains of oligothiophene and successfully synthesized it, with up to 24 repeat units. Their work allowed them to construct nanowires that could reach up to 10 nanometers in length. In order to avoid interwire currents, scientists needed to insulate the wires. This allowed them to accurately measure the intrinsic conductivity of a single molecule. The bonds found in oligothiophene overlap, which lets electrons spread out across the polymer backbone. This gives them the power to transverse the molecule, creating an electrical current in the process.

“Over short distances, electrons rely on their wave-like nature to ‘tunnel’ directly through barriers, but over long distances, they hop from site to site to reach their destination.”

By changing the shape of the oligothiophene chain and forcing it to lay flat, scientists were able to create a larger overall conductivity throughout the conjugated backbone of the chain.

Scientists believe that this work has great future potential, and could be applied to a variety of different devices. They hope their insulated nanowires could one day be used to create ‘single-molecule‘ electronics. However, further research and testing are needed before this new breed of electronics can become a reality.