SpaceX Makes Travel Plans For Mars and Beyond 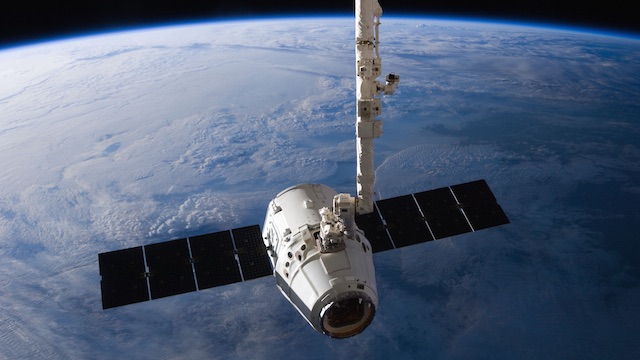 Space has been called the final frontier. For decades, humanity has longed to explore it fully — hampered more often than not by technological issues and a lack of financial backing. But billionaire Elon Musk won’t let such trifling issues slow him down. The founder of the SpaceX rocket company is getting ready to launch voyages to Mars, and is finally providing the public with the details of his plans.

Musk unveiled the plans for his Interplanetary Transport System to facilitate colonization of Mars last week at the International Astronautical Conference. While the billionaire inventor has long spoken about his dreams to get people to the red planet, this was the first time his plans had a timeline. The main focus of the transportation system will be the largest rocket ever built, which will theoretically be able to transport at least 100 people per flight to Mars.

Alongside a video about the project (which you can view here), Musk outlined his plans to get one million people to colonize Mars. If everything runs smoothly, and funding arrives as needed, Musk believes that by 2024 eager space travelers will be able to bid the Earth goodbye. Trips will occur every 26 months, when Mars and Earth are ideally aligned for such a voyage, and could take as little as 80 days. Best of all, Musk assured people the voyages would be fun and could be round-trip for those who experience homesickness.

But don’t start packing your bags for Mars just yet. Musk believes that the rocket needed to power this project will cost approximately $10 billion to build — no small sum, even for a billionaire like him. SpaceX will likely have to look for private investing relatively soon if it wants to stick to its planned timeline. And even then, space travel may not be in your budget. Musk estimates that tickets will start out costing around $500,000 per person. For those looking to save some money, they could drop down to a third of that cost once the earlier voyages are underway.

SpaceX’s plan to begin colonizing Mars within the next decade is going to be a costly and complicated affair. But should he succeed, Elon Musk will have helped humanity to boldly go where no one has gone before.