Some Cuban Homes Will Finally Have Broadband Internet 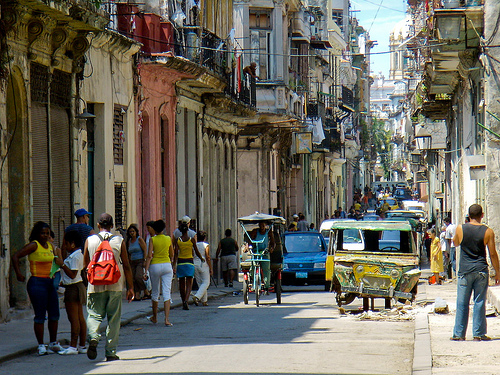 The Cuban government is finally giving its citizens access to broadband internet. For now, broadband will only be available in two Havana neighborhoods, as part of a pilot project. While that might sound like a modest improvement, this change is actually quite a milestone for Cuba. To put it in perspective, broadband home service was previously only legal for diplomats and employees of foreign countries, and even that limited service has been slow and expensive. Otherwise, some Cuban citizens have dial-up home service or mobile phone connections that can only access state-run email.

Slowly but surely, the Cuban government has been allowing more internet throughout the country. Last year a few public Wi-Fi spots were opened, although they cost $2 per hour, which is relatively expensive since the average salary in Cuba is just $20 per month. Now, Cuba’s government-owned telecommunications company ETECSA announced that citizens in parts of Havana would be able to order service through fiber optic connections operated with Chinese telecom operator Huawei. Broadband will also start to be allowed at cafes, bars, and restaurants.

Full details of Cuba’s broadband project are still not clear, and we’re left wondering about the timeline, pricing, and whether there will be full rollout beyond the pilot. Wheeler wrote on the FCC’s blog: “Cuba remains one of the least digitally connected countries in our hemisphere. They talk about upgrading to DSL and 3G wireless. We urged them to leapfrog such linear transitions and expand to state-of-the-art services. We pledged our support and the support of U.S. companies to achieve this. It is unclear, however, just how anxious the Cuban government is to open up expanded network capabilities.”