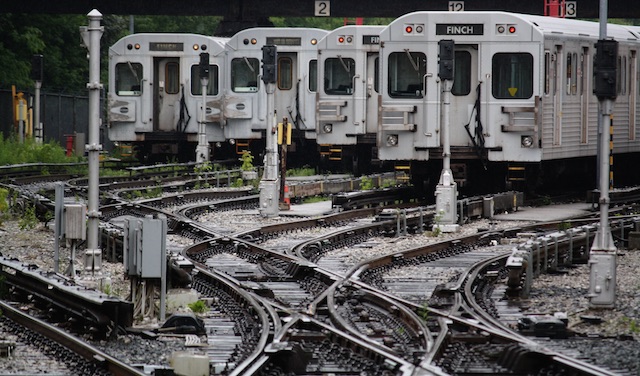 When a mass transit accident occurs, there are inevitably questions that need answering. What happened, and why? How can we prevent this sort of incident from occurring again? Among the debris and disaster, experts have to rifle through whatever is left to construct a clear picture of the situation before, during, and after the crisis. As you can imagine, this is no easy task. But scientists have found another tool in their investigative arsenal: the memory devices of personal and professional electronics. Unfortunately, oftentimes those electronics end up irreparably damaged by the accident; that’s why experts decided to figure out just how much abuse these devices could really take.

Scientists at Binghamton University, State University of New York, put before themselves an unusual challenge: finding out how much damage electrical devices could experience and still be useful. They wanted to calculate the exact point at which the memory devices would fail, and what scenarios would leave them still viable.

If the device was active during or just before the crash, it is possible that the data stored in the memory can provide clues as to the cause of the crash. Most of the time the device is ruined, but sometimes it is intact.

For this experiment, extremes were needed to replicate the experience of a serious crash or other mass transit disaster. Devices were subjected to 570+ degree temperatures, extreme pressure, and even plasma blasts. The end result? These humble electronics can withstand some pretty terrible tragedies. Although the device itself may be damaged beyond repair, more often than not the memory cards remain functional.

Therein lies another problem: extracting the data from the memory cards without causing further problems. Lasers, acids, mechanical polishing, and even plasma were utilized to extract memory chips; unfortunately, almost every single method came with complications. In some situations the chips — which had survived fiery infernos and full-speed impacts — lost all their data during extraction attempts.

But even then, all is not lost; scientists were able to use a metallic ink from precision printers to repair the damaged chips, once again making their data accessible. By understanding the limits of our technology (and how to extract the data from it), experts believe that we can have a better comprehension of mass transit accidents — and most importantly, how to prevent them in the future.