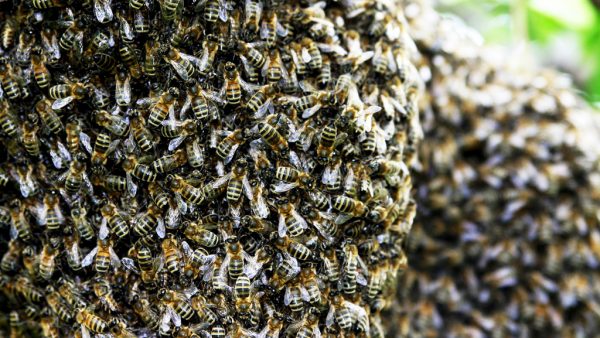 According to a new research study released by the Journal of Apicultural Research, another cause of Colony Collapse Disorder (CCD) could be from solar storms. CCD is a phenomenon where worker honey bees abruptly disappear and do not return to their hive after a foraging journey. The scientists believe that changes in magnetic fields caused by solar storms could interfere with the bee’s magnetoreceptors.

Honey bees use the earth’s electromagnetic field to identify their location and find their way back to their hive.  The scientists performed a series of experiments and found that when bees flew through magnetic fields, they were less able to find their way home.  “For people, the effect of sunspots on electromagnetic fields and their impacts on bees is a tough principle to grasp,” stated Norman Carreck, Director of the International Bee Study Association. “Maybe we could liken it to humans, who count on sight, becoming lost in fog when we have no visual hints to help us determine our area.”

Read more information about the effect of solar storms on honey bees.