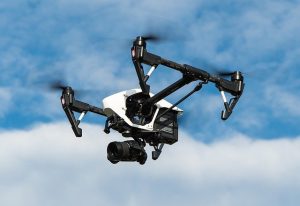 Image by Thomas Ehrhardt from Pixabay

The military is increasingly concerned about the potential impact of small unmanned aircraft systems being deployed on US forces. According to the unclassified version of a new report, drones could pose a distinct threat to infantry employed by the US military.

While the US Army and Department of Defense have been hard at work developing methods to counter drone attacks, experts worry that it won’t be enough. The report stipulates that coordinated groups of drones could be used in attacks much sooner than previously anticipated. That could spell serious trouble for our troops — and the military is scrambling to find a solution.

The report written by the National Academies of Sciences, Engineering, and Medicine on this topic is actually classified; an unclassified version has subsequently been provided to the public. The committee behind the report was asked to assess the threat drones present to troops. The committee was particularly focused on the inherent dangers and complications brought about by a swarm of drones, a concept that has not been thoroughly examined in the past.

“Hobby drones are easy to buy, their performance is improving dramatically, and their cost has dropped significantly; now with millions of them around the world, they pose a growing threat to the U.S. warfighting forces if used for nefarious intents. The threats could be consumer items like hobby drones, modified consumer items such as could be assembled with online components, and customized ones, like built-from-scratch aircraft.”

Albert Sciarretta, president of CNS Technologies and chair of the committee

The ultimate goal of the committee was to determine the threat presented by these drones. Additionally, the group analyzed the current military capabilities in the face of this looming threat, and any potential human performance issues. This data and the subsequent assessments will be used to determine which technology is best for the Army to invest in for the future that could counter such attacks.

Commercial drones are easy to find in the current marketplace. Many can be modified to carry deadly weapons without significant difficulty. Experts are also concerned about the growing threat of electronic warfare attacks, as carried out by drones. With hobby drones growing more advanced at a rapid pace, the Army must adapt quickly if its going to deal with this growing concern.