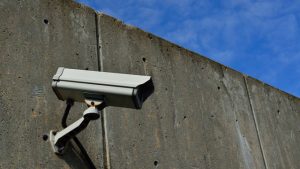 Sensors can now become invisible in both thermal and electric environments. Engineers at the National University of Singapore (NUS) have invented a new technique that hides sensors and still allows them to work while they are incognito. Similar stealth technologies either make sensors ineffective or don’t work in both thermal and electrical fields. For the first time, the NUS team has now demonstrated a multifunctional camouflage shell that works in both environments.

A shell made of pure copper simultaneously reduces the perturbation of heat flux and electric current. The researchers precisely calculated the thickness of the shell to allow it to hide sensors while still allowing them to receive incoming signals. “We have designed a camouflage ‘shell’ that not only mimics surrounding thermal fields but also electric fields, both at the same time,” says research lead Qiu Cheng-Wei. “The object under camouflage becomes truly invisible as its shape and position cannot be detected in terms of both thermal and electric images.”

In addition to hiding the sensors, the copper shell also protects them from strong voltage or high temperature environments. The researchers say it even makes the sensors more accurate, because the shell eliminates distortion. “Our camouflaging shell will open up a new avenue for advanced sensing and security systems,” says Cheng-Wei.