Self-Assembling and Self-Repairing Buildings & Machinery In The Works 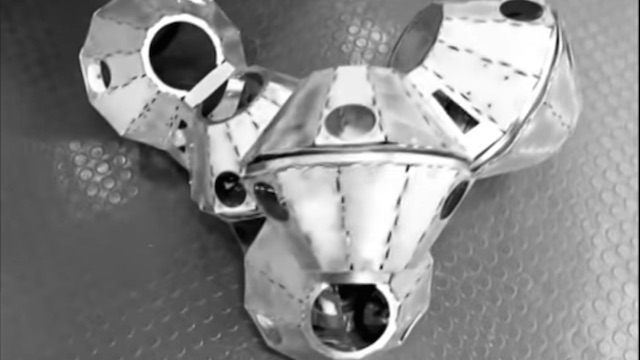 The next wave of engineering innovation is all about self-sufficiency. Humans have always been resigned to the fact that even the most well-designed machinery or building will one day need a little tune-up — not to mention the initial construction. But engineers at MIT are working on technology that could lead us into the era of self-replication and self-repairing designs.

Skylar Tibbits is the founder of the MIT Self-Assembly lab, and is determined for his work to live up to its name. Located in MIT’s International Design Center, Tibbits is focused on creating and perfecting material and technologies that will assemble and repair themselves without the need for human interference.

The basis for his theory is firmly rooted in the natural world. Tibbits has pointed out that living tissue is capable of repairing itself after sickness or injury; with the right technology, he believes scientists could imitate this behavior in materials such as concrete and metal.

But before a skyscraper can construct itself, engineers and scientists need to understand some fundamental aspects of DNA replication. Currently Tibbits and his team are researching the ins and outs of how to, essentially, sequence the ‘DNA’ of a building. This includes all the complications that come from sequencing a living animal, plus the added difficulties of translating this science into something that works with raw materials.

As challenging as it may prove to be, Tibbits has already made some significant strides towards self-repairing devices. MacroBot and DeciBot are two self-replicating robots, and the first major success in Tibbits’ grand design. Modeled after protein strands, the robots are programmed to fold and adjust their shape per a set of internal building instructions Then they pass on this information to the other robot, who imitates their actions.

Tibbits believes that this rudimentary work is laying the foundation for self-replicating robots, self-building architecture, and machinery that doesn’t rely on humans for repairs. By combining DNA sequencing with modern robotics, we could one day witness a skyscraper build itself — no workers required.

For more on Skylar Tibbit’s self-building theories, check out his TED Talk: