Secure Passwords Can Be Sent Through Your Body 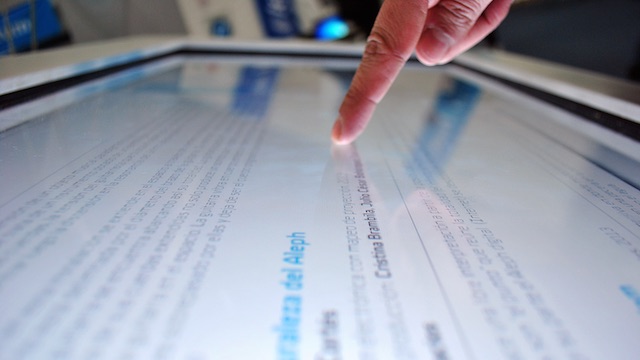 Anyone who’s ever entered a password via public wi-fi has taken a considerable risk. Even secure networks are vulnerable to leaks and hacks, leaving your private data exposed to those with ill intentions. Scientists and technicians have been working on developing a more secure method, and they may have found it — literally at your fingertips.

Engineers and scientists from the University of Washington have developed a system to send secure passwords through the human body. Using the same low-frequency transmissions made common in touchpads, people would be able to access their information securely, simply by touching their devices. You can read the paper documenting their research in full here.

“Fingerprint sensors have so far been used as an input device. What is cool is that we’ve shown for the first time that fingerprint sensors can be re-purposed to send out information that is confined to the body.”

Instead of typing in a password and risking exposure or hacking, users would instead place their fingers on items like cell phones, tablets, or medical devices and be able to instantly unlock them. The method would prevent the information from being transmitted through the air, turning the body into a tool for passing along secure data — and hopefully flummoxing hackers in the process.

Although the technology has been available for some time (fingerprint sensors and touchpads being relatively commonplace), the idea that the human body could transmit data is a novel one. Using the same signals found in most basic touchpads and signals within the 2-10 megahertz range, scientists were able to pass simple numerical codes and basic passwords through the human body and into devices within a few seconds.

Besides cutting down on the number of passwords you’ll have to remember, this could be a major step forward in data security. Now a single touch to your device will unlock it, leaving hackers firmly out of the loop. Scientists are still working on reducing the time it takes for the password to travel through the human body, but some day soon grappling with ‘forgot password’ complaints could be a thing of the past.