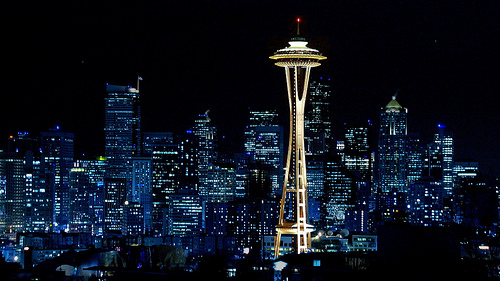 Microsoft and the city of Seattle announced a speedy, high-capacity Wi-Fi service that is now available to the public. The new service was installed at the Seattle Center—a park, arts, and entertainment hub that is best known as home of the Space Needle.

The pilot project is part of Microsoft Research’s “white spaces” spectrum project, which takes advantage of the long-range, wall-penetrating signals in vacant airwaves between television channels. To deliver better speed and capacity to the public, a digital fiber line transmits multiple gigabits per second. According to city officials, the new network can handle more than 25,000 users at once and is 5,000 times faster than the old system, which only supported basic browsing.