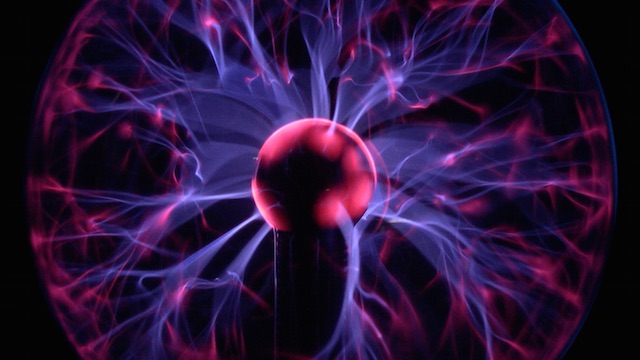 Scientists from Duke University and Oak Ridge National Laboratory have collaborated on a project that seeks to determine the atomic mechanisms of a very rare type of electric field. Everlasting electric fields have not been well-researched at this point, but the findings in this new project are an impressive step forward. Researchers hope to develop new materials that have similar properties, which could be used in a variety of applications.

Yttrium manganite is a singular material for a number of reasons. Top among them is its ability to combine ferroelectric property and magnetic ordering at extremely low temperatures. Ferroelectricity is a property by which a material consists of domains with electric dipole moments. These are aligned with one another, which results in a naturally occurring permanent electric field. These are extremely rare, and supremely difficult for scientists to properly conceptualize.

Scientists hope that the makeup of this material will allow them to create more efficient computers. These future computers would be based off of four digit-states, as opposed to the standard 0’s and 1’s we’re all familiar with. This would be achieved by flipping both electrical and magnetic states. Additionally, these new discoveries could lead to a host of energy converters and highly advanced lasers.

“These so-called multi-ferroic materials are very rare. But if we can understand the mechanisms of what is happening at the atomic level, we have a better chance of designing and discovering more materials enabling new technologies.”

Olivier Delaire, associate professor of mechanical engineering and materials science and of physics at Duke

A variety of experiments were used to uncover the atomic dynamics of these fields. One of the most interesting involved shooting blisteringly hot samples of yttrium manganite full of neutrons. Scientists then detected where the neutrons ended up after colliding with the atoms found in the material. This allowed them to determine both the location of the atoms, and how they were oscillating as a collective.

Further research is needed on this fascinating material to full comprehend it, but scientists feel they are on the right track. With further research, they should be able to construct even more materials with just as intriguing (and useful) properties.