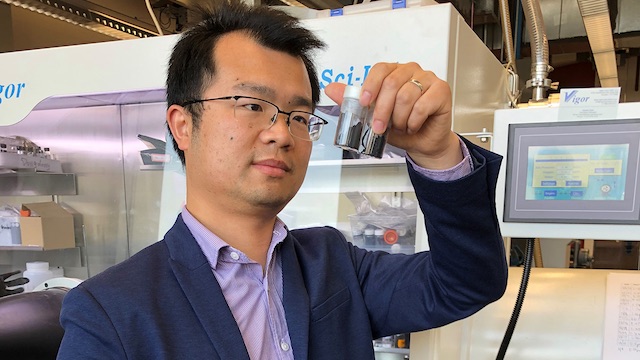 Scientists from the University of California San Diego have developed a new method for improving a recycling process that takes degraded cathodes from old lithium-ion batteries and regenerates them. Researchers say that the updated process relies on less energy and is safer than their original method, for taking old cathodes and restoring them to their original cycle performance and capacity.

The team behind this innovation originally created a directly recycling approach in order to take degraded cathodes and bring them back to their original power levels. The method devised by scientists helped to restore the lithium ions lost by cathodes as they experience extended use, and reverted the atomic structure back to its original levels.

Scientists had to take a hot lithium salt solution of cathode particles and pressurize it to about 10 atmospheres. Unfortunately, the technology used in this method was costly and problematic, requiring specially designed equipment and additional safety precautions.

The new system uses ambient pressure to restore cathodes, which comes in at one atmosphere. To achieve this, scientists used eutectic lithium salts. Eutectic lithium salts involve mixing two or more salts that possess the ability to melt at lower temperatures than the individual components. The end result is a solvent-free liquid, which scientists then used to dissolve degraded cathode materials. From there, they can restore the lithium ions to their original levels — all without having to add any additional pressure in the reactors.

With their new recycling method, researchers collect cathode particles from old lithium-ion batteries and mix them with the eutectic salt solution. The mixture is heated to 300ºC, after which it goes through a brief annealing process. During this process, it is heated to 850ºC for a few hours, before being allowed to cool naturally.

“Due to the rapid growth of electric vehicle markets, the worldwide manufacturing capacity of lithium-ion batteries is expected to reach hundreds of gigawatt hours per year in the next five years. This work presents a solution to reclaim the values of end-of-life lithium-ion batteries after 5 to 10 years of operation.”

Zheng Chen, a professor of nanoengineering who is affiliated with the Sustainable Power and Energy Center at UC San Diego

The team of scientists behind this new method is working on fine-tuning the process. They hope to be able to use it for recycling any of the cathode materials found in sodium-ion and lithium-ion batteries. They’ve filed a provisional patent on their method, and the work has been published in Advanced Energy Materials.