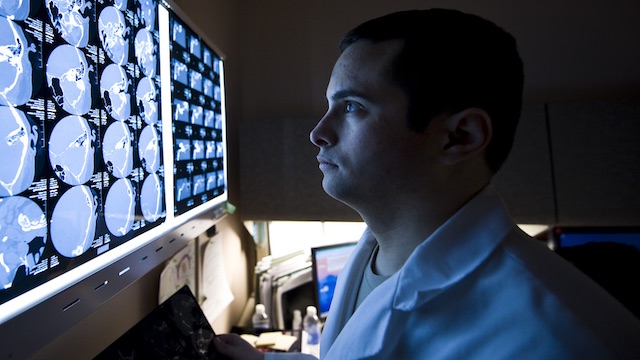 Engineers from UC Berkeley have created a new type of neurostimulator capable of listening to and stimulating the electric current in the brain simultaneously. This could prove to be a major asset for the medical field, particularly when it comes to treating diseases such as Parkinson’s and epilepsy.

The device has been described as working like a “pacemaker for the brain.” Called the WAND (Wireless Artifact-Free Neuromodulation Device), the technology monitors the brain’s electrical activity and records the data. Should it detect something has gone awry with the brain, it will deliver targeted electrical stimulation as needed.

There is already similar technology that is used to prevent tremors or even seizures in patients suffering from neurological issues. But the WAND is different in one crucial way: it can detect — and in some cases anticipate — the electrical signals that come right before a seizure or tremor takes place.

This sort of technology is extremely advanced, and must be very sensitive to pick up on the minute signals the brain gives off right before a tremor or seizure occurs. WAND is capable of learning to identify these signals, and then taking action to prevent a seizure or tremor.

The WAND can take the data it has gathered from the brain, and use it to alter the stimulation patterns as needed. This means it is able to adjust to prevent a person from experiencing a seizure before it even happens — in real time, no less, thanks to its closed-loop technology.

“The process of finding the right therapy for a patient is extremely costly and can take years. Significant reduction in both cost and duration can potentially lead to greatly improved outcomes and accessibility. We want to enable the device to figure out what is the best way to stimulate for a given patient to give the best outcomes. And you can only do that by listening and recording the neural signatures.”

Rikky Muller, an assistant professor of electrical engineering and computer sciences at Berkeley

The WAND is capable of recording electrical activity from over 128 separate points in the brain. Most other closed-loop systems can handle about eight at a time. Scientists are working to streamline and improve on this device, which they believe could help many people suffering from a variety of neurological issues.