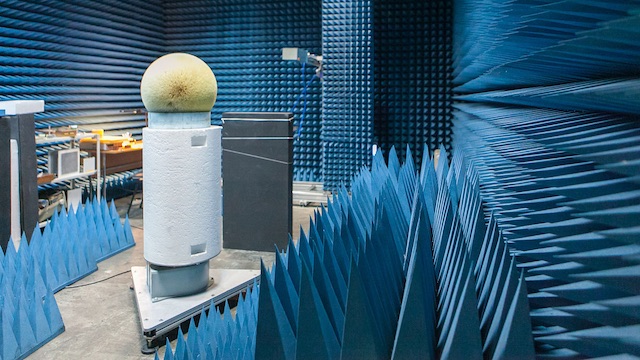 Researchers at ETH Zurich in Switzerland and Caltech have developed a new method to create and design metamaterials. This method relies on quantum mechanics, and could be the key for making metamaterials a mainstream tool.

Metamaterials are materials that have been specifically engineered so that their internal structure can manipulate incoming waves. The material’s structure determines how the waves can be controlled and adjusted. Back in 2010, scientists at Caltech created an optical metamaterial. This material has a surface coated with three-dimensional structures, which allows it to redirect light.

Although scientists have often shown the variety of possible applications for metamaterials, they are still not widely used. And unless engineers can design them with a series of specific properties, this is unlikely to change. This is what researchers at Caltech are hard at work on — and they are making impressive progress indeed.

“Before our work, there was no single, systematic way to design metamaterials that control mechanical waves for different applications. Instead, people often optimized a design to fulfill a specific purpose, or tried out new designs based on something they saw in nature, and then studied what properties would arise from repeated patterns.”

In order to overcome this issue, researchers turned to quantum mechanics. This allowed them to build macro-scale versions of unusual forms of matter. The team designed a topological insulator, which conducts electricity across its surface while simultaneously operating as an insulator. Using macro-scale technology, researchers were able to crete systems that were capable of conducting and insulating against vibrations as opposed to electricity.

Metamaterials are typically built from arrays of geometric structures. Often the building blocks of the metamaterials are on the nano, micro, or macro scale. These structures are connected in repeating patterns; this is an important factor that allowed the scientists to design various types of different metamaterials. They simply had to represent every repeating structure as a group of particles. From there, the researchers were able to make metamaterials as varied as vibration insulators, acoustic lenses, and waveguides.

This is an enormous step forward in bringing metamaterials to the mainstream. The ability to control, manipulate and design metamaterials to exact specifications has opened up this field, and unveiled a whole new realm of possible applications.